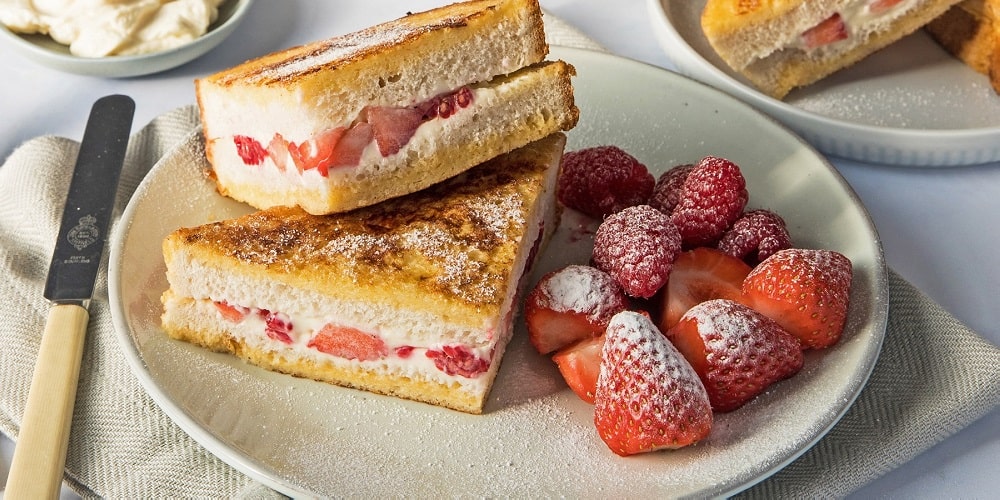 Brunch doesn’t get much more decadent than this! Creamy cheese and sweet strawberries sandwiched between slices of sweet eggy bread.

1Mix the icing sugar and vanilla into the cream cheese in a small bowl. Halve the raspberries and chop up the strawberries.

2Divide the cream cheese between the eight slices of bread and spread evenly. Cover four slices with the chopped fruit and sandwich together with the other four slices.

3Whisk the eggs, milk, cinnamon, and sugar in a wide, shallow bowl.

4Heat a frying pan and melt a knob of butter in it until it sizzles. Dip the first sandwich in the egg mixture on both sides and fry in the pan until golden on one side, turn over and fry the other side. Then repeat with the other sandwiches.

5Slice the fried sandwiches in half, dust with icing sugar and serve straight away, with extra berries on the side.