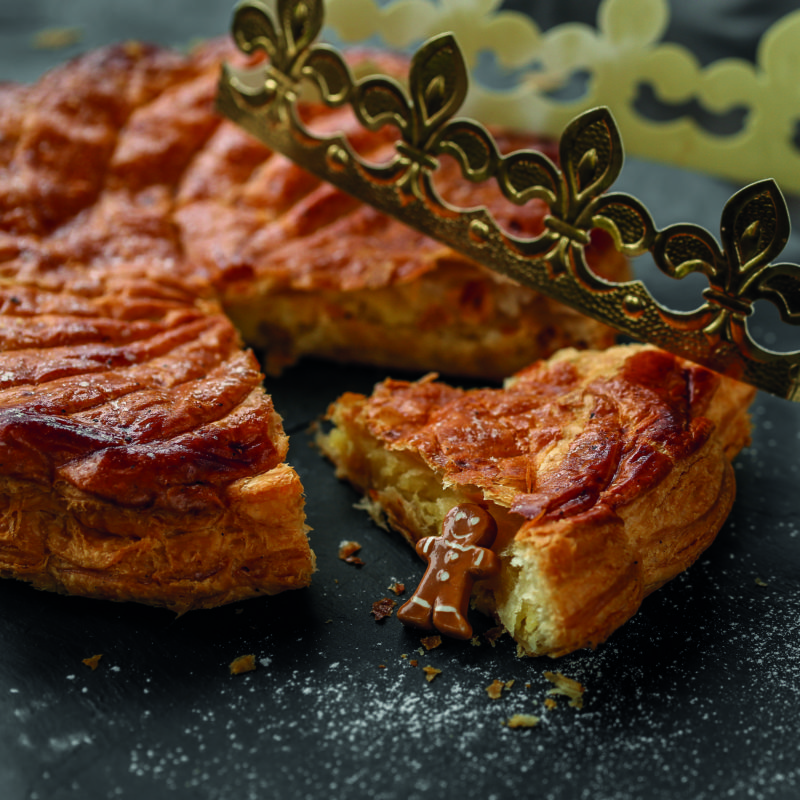 Don’t be alarmed if you’re manhandled by your host and shoved summarily under the dinner table. This temporary hostage situation is just part of the fun and games of the galette des rois. Louis XIV was reportedly particularly fond of the kooky custom (until he wasn’t and abolished it) and who are we to argue with a king?

Every Epiphany, on January 6 (and for two brief weeks thereafter) France’s denizens tuck into the frangipane-filled pastry to mark the arrival of the Three Wise Men in Bethlehem. Within its soft almond paste nestles a charm known as the fève. Whoever is lucky enough to find the coveted porcelain figurine in their slice (and not break a tooth or choke in the process) is crowned king or queen and gets to choose their consort. Understandably, during the Revolution the dessert was renamed gâteau de l’égalité as playing kings and queens was frowned upon.

For the sake of fairness – and to foil any shady shenanigans – tradition dictates that a nimble guest hunker down under the table and call out guests’ names, who are then served a slice of the flaky pastry. One Frenchman, however, is banned from partaking in the ritual: the president. While a 1.2m whopper galette is duly whipped up for the annual Epiphany reception at the Elysée, the pastry chef is under strict instructions not to hide a fève in the fluffy tart because “it wouldn’t be appropriate to crown a king in the presidential palace”. Republican pride aside, we can’t quite picture Macron on all fours, crawling to the nearest table.