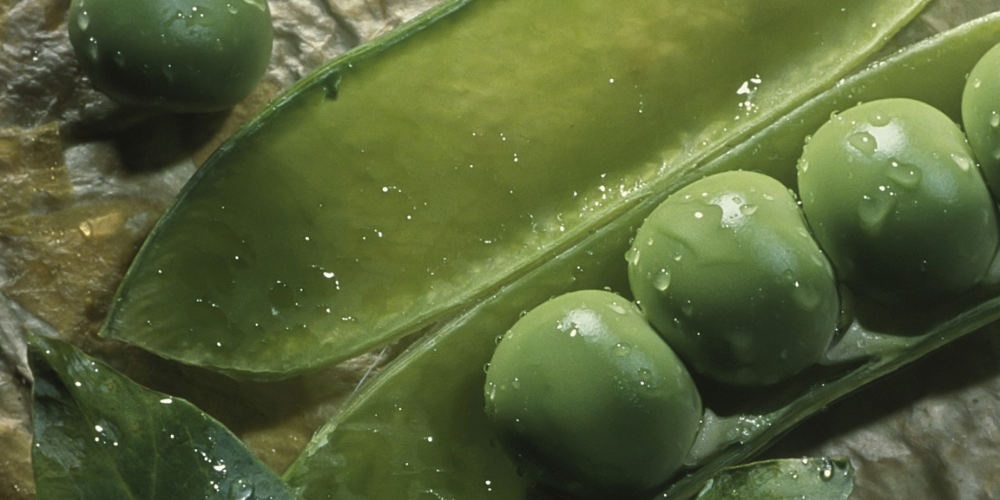 If you’re trying to eat seasonally, then you’re in for a treat because between May and June, peas are in season au marché in France.

There are more varieties than you’d think, too – little ones, white wines, wrinkly ones… and all delicious and surprisingly packed with nutrients given their diminutive size.

Fresh peas (which are sold only in their pod) are a delight – look for firm, swollen pods to guarantee freshness and avoid any that are yellowing as it means the peas are overripe and may be floury in texture.

Originating from Mesopotamia, part of the Fertile Crescent, peas arrived in France in the 17th century and soon found a fan in Louis XIV. Today, most are in France are grown in Hauts-de-France in the north, where some 254,850 tonnes were harvested in 2020, many of which were destined straight for the canning factory.

Far more complicated than you’d think, there are also several categories of pois in France:

The freshest, youngest peas – part of the legume family, incidentally – are lovely eaten raw in salads (or on their own, by the handful as a snack!), or you could warm them through with butter and mint, whizz them up into a soup or cook them and mash them into a purée. Serve with chunky home-cooked chips and a piece of lemon sole and you’ve got yourself a very posh fish supper!

Top tip: to keep their beautiful, intense green colour when cooking, immerse them in ice water once cooked, then drain and serve.