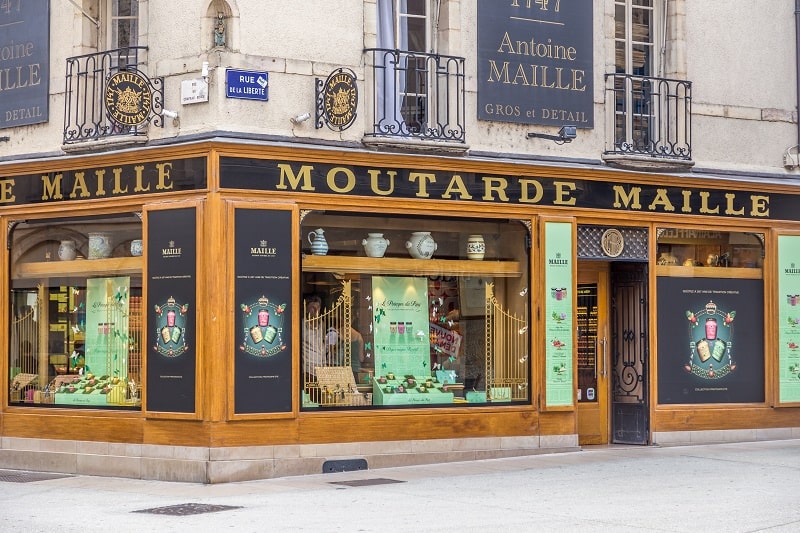 Like the rest of the world, Marseille is working hard to combat the Covid-19 pandemic, but turn back the clock exactly 300 years and the city was in the grip of another health crisis – the plague.

And, rather curiously, it spawned the beginning of a now world-famous food brand in the process.

In 1720, the last major outbreak of bubonic plague in western Europe hit Marseille, killing some 50,000 of the city’s inhabitants over the following two years.

In Paris, one Antoine-Claude Maille set about creating the Vinegar of the Four Thieves, an infusion of vinegar with herbs, spices and garlic, designed to save the benighted residents of Marseille from the deadly disease. Sufferers were advised to drink one teaspoon mixed in a glass of water or rub it into their temples and palms.

By the mid-18th century, Monsieur Maille was working with his son and had progressed to making a delicious array of vinegars and mustards, winning high-status fans such as Madame de Pompadour, Louis XV’s mistress. They opened their first shop, La Maison Maille on the rue Saint-André des Arts in Paris, in 1747, with no fewer than 101 vinegars and 84 mustard flavours. By 1760, the Mailles were the official suppliers to most of the royal courts around Europe, and from there, the condiment’s popularity just grew and grew.

“We often find mustard pots in shipwrecks in the English channel that were on their way to Queen Victoria,” says Maille’s mustard sommelier, Harry Lalousis: “There are numerous articles, official documents and references to Maille over the years, the most famous being from a journalist who said, ‘Il n’y a que Maille qui m’aille’, which is a word play meaning ‘Maille is my mustard’. This has been a famous slogan throughout the years and is so ingrained that to this day, if you ask a French person about Maille they will say ‘Il n’y a que Maille qui m’aille’.”

In 1854 Maille opened a second boutique in Dijon, which remains open to this day. Today, the company sells its products in more than 95 countries around the world − and it’s all thanks to a man who, 300 years ago, wanted to cure people of the plague.