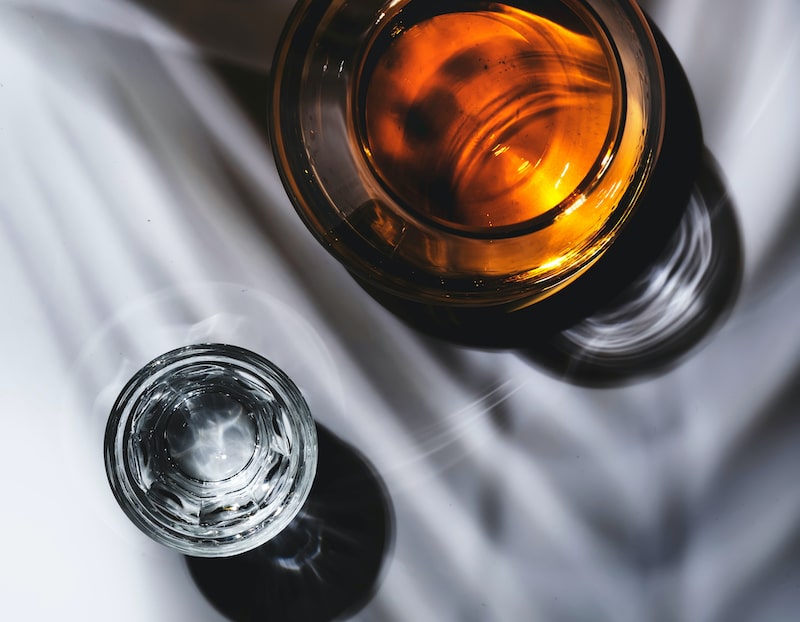 Although we all know that France’s oldest brandy, Armagnac, gleams with a golden, orange colour nuanced with many other hues, did you know that Armagnac can also be white?

It is crystal clear like water, though that is where the similarities end, as this is the water of life, an ‘eau-de-vie’ and its name is Blanche Armagnac.

Blanche is a relative newcomer to the Armagnac stage as it obtained its AOC status (Appellation d’Origine Contrôlée) in 2005. Although we gasp as that was 16 years ago, when we consider that Armagnac historically dates back to 1310, it is a mere drop in the ocean in terms of time passed.  So why didn’t we hear of it before?

In fact, enjoying the eau-de-vie de vin as it flows directly from the copper Armagnac alambic is a tradition that has been one of the best kept secrets in the Armagnac region. Totally transparent and colourless, this highly aromatic and quite potent eau-de-vie is sipped cautiously, or with abandon, during the Flamme de l’Armagnac festivities when the distillation is under way.  In all its purity, it is often served in between courses during hearty dinners as a palate cleanser, hence its name of ‘Trou Gascon’ (literally meaning Gascon hole), designed to make a ‘hole’ or space for the next onslaught of rich dishes. It may be chilled and served neat to be swigged down in one, or it can sometimes come poured over a refreshing lime sorbet.  There is a similar tradition in Normandy with Calvados called a ‘Trou Normand’.

AOC Blanche Armagnac, however, is an elite step up from this traditional eau-de-vie de vin, as it has to adhere to a long list of extremely strict requirements necessary to become an AOC product, even to the extent of annually identifying the exact vineyard plot that will be used to make this premium craft spirit.  After that, each batch will have to go before an expert panel of judges to make sure it corresponds perfectly to the rigorous qualities required in terms of aspect and aromatic palette. Only then, after this close examination and approval, can this eau-de-vie qualify as a Blanche.

As a result of these strict quality controls, white Armagnac is made by a select few craft producers only. Although it can be made with any of the ten grapes authorised for the production of Armagnac, it is often made using the floral and spicy Folle Blanche grape, either 100% or as a blend with another of the grapes. Some houses prefer the fruity Colombard or elegant Ugni Blanc and each one displays a slightly different perfume, complexity, and texture.

This interesting premium white spirit from Gascony that can easily give other white spirits on the market such as pisco and the ever-popular gin, a good run for their money is starting to make a bit of a splash with bartenders and chefs in France and around the world.

The intense floral and fruity notes mean that you don’t need to add a plethora of other ingredients to make a refreshingly different drink or cocktail. Try a simple Blanche and tonic, Blanche and sparkling elderflower or Blanche and orange juice, otherwise known as a classic ‘screwdriver’ (normally made with a vodka base).

If you want to jazz it up a bit more, a Blanche sour using Blanche, freshly squeezed lime juice, a little simple syrup, a few drops of Angostura bitters and an egg white that you vigorously shake in a cocktail shaker is absolutely delicious, or how about a Blanche Mojito with lime and crushed mint leaves?

It pairs very well with all citrus flavours and also red fruits like cranberry, raspberry or cherry for example, while coconut is a lovely addition for a slightly creamier cocktail. So, to your shakers for some experimenting!

As well as using Blanche in drinks, it is fabulous straight from the freezer poured into a shot glass and served neat with a plate of freshly shucked oysters or other shellfish and fishy appetisers like caviar, smoked salmon or sushi, where it’s thick, frappé consistency and aromas compliment the iodic minerality of the dishes.

Fruit salads like to bathe in it, as do fruit sorbets like lime, fig or raspberry, giving it that little kick that is so appreciated by the grown-ups when the dessert arrives.

Cheese lovers will appreciate the tangy zing of Blanche tasted alongside certain cheeses like Roquefort – maybe add some crunchy fresh pear to add to the experience.

Although Blanche has quite a limited, or as they say in Armagnac, ‘confidentiel’ production, it is well worth seeking out and can be found in certain independent wine and spirits merchants or online. Dare to be different!