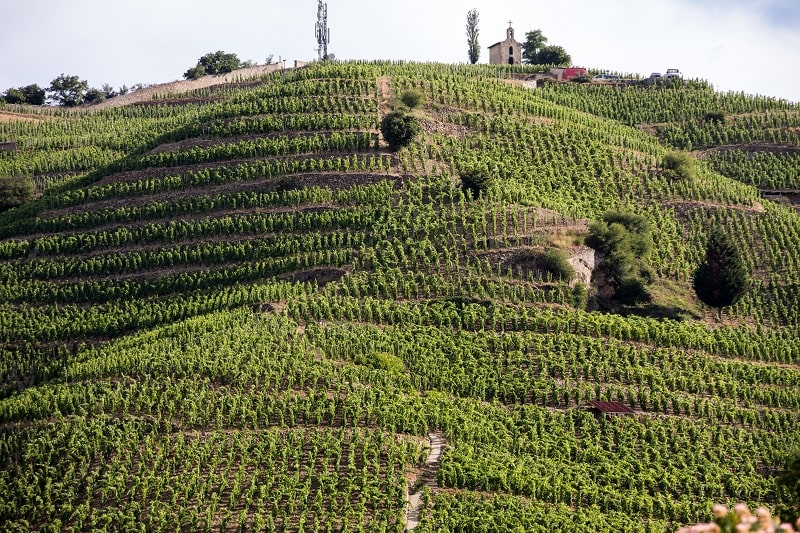 Uniquely French, terroir (from the word terre, meaning land) is the most vital component in French food and drink production, from wine to cheese to cherries to cognac.

It describes not just the qualities of the land where a crop is grown, but other environmental factors, such as predominant winds, neighbouring flora and fauna, proximity to the coast… essentially, everything which makes up the surrounding habitat and gives it its unique character. The importance of terroir is most prevalent in the wine industry, with winegrowers noting not just the differences from region to region, but differences within specific parts of the same vineyard. The idea is that each plot of land will produce a range of unique effects, completely different from all others.

The term terroir dates back to the 13th century when it was originally used to refer to the territory of a village. By the 17th century, it had become inextricably linked with soil, and by the mid-20th century, its scope had expanded to take on its current meaning.

UNESCO defines terroir as “a geographical limited area where a human community generates and accumulates along its history a set of cultural distinctive features, knowledges and practices based on a system of interactions between biophysical and human factors. The combination of techniques involved in production reveals originality, confers typicity and leads to a reputation for goods originating from this geographical area, and therefore for its inhabitants. The terroirs are living and innovating spaces that cannot be reduced only to tradition”.

There’s no exact English translation so instead we just borrow terroir from the French – and now you can use it with confidence!