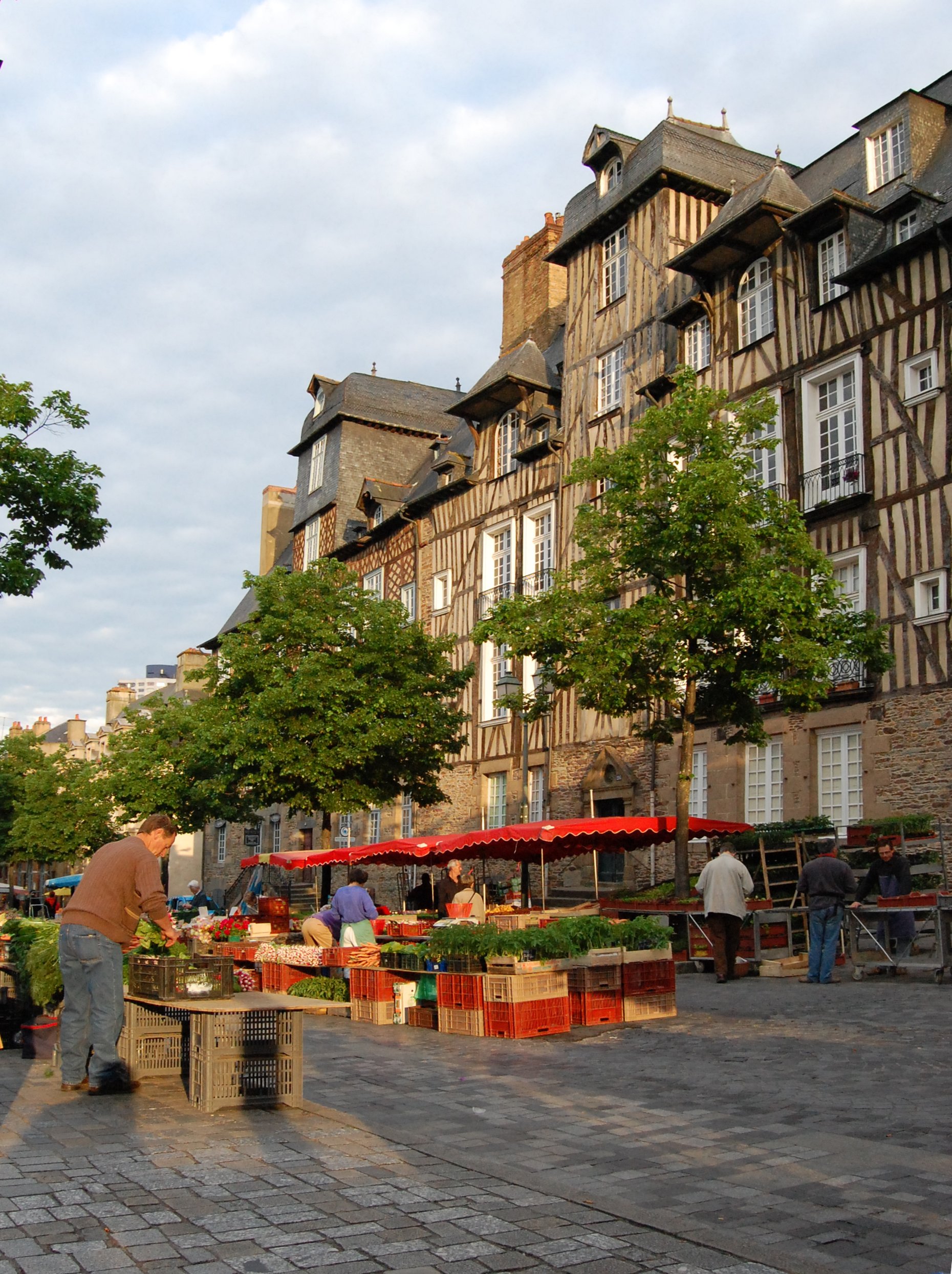 It is the second-largest food market in France and every Saturday morning for four centuries the Marchés des Lices has been at the heart of life in Rennes.

Celebrating its 400th anniversary this year, the market, which sees 300 or so traders set up their stalls in the Place des Lices, attracts around 10,000 shoppers and tourists each week.

The capital of Brittany, Rennes has about 20 markets taking place throughout the week, such as the organic market held on Wednesday afternoons at the Mail François Mitterrand, and the Wednesday morning Sainte-Thérèse market, which is popular with chefs in the area.

But Lices, with its colourful selection of fish, charcuterie, fruit and veg, cheeses, flowers, bread and more, is the biggest and the best, bringing together the finest produce Brittany has to offer. Look out in particular for the galettes-saucisse, the local speciality of a hot pork sausage wrapped in a buckwheat crêpe.

To celebrate the Marché de Lices’ 400th anniversary, a number of events are planned throughout the year, including a 60m-long fresco which has been unveiled on the palisades where a Mama Shelter hotel is being built. For the full gourmet experience, sign up for a guided tour with Destination Rennes.