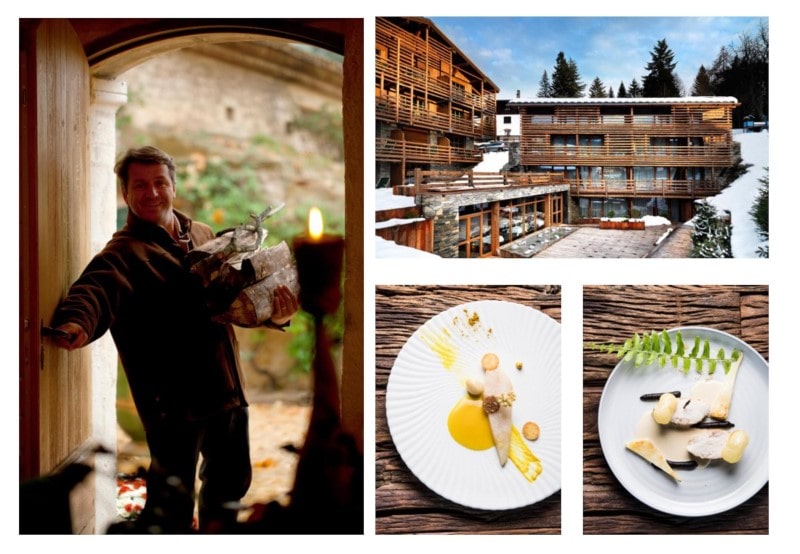 Fine cuisine to be served up during ski season

The hotel’s new executive chef – who originally hails from the Savoie region – has held two Michelin stars for the past 20 years, earned a grade of 19.5/20 on the French restaurant guide Gault et Millau and has even been honoured “Grand Chef” by Relais & Château.

After gaining his first experience at the Fitz Roy hotel, he pursued his passion for cooking abroad at the Ritz Carlton in Chicago and at Château Frontenac in Quebec. Back in France, he joined the teams of some of the country’s most renowned chefs, including Alain Chapel, Pierre Orsi, Philippe Chavent and Marc Veyrat in Annecy. He then took over Le Moulin de Lourmarin, where he received his very first star in 1995 and his second in 1999. At only 25 years of age, he became the youngest Michelin-starred chef. He was also awarded Chef of the Year in 2011 by the guide Gault et Millau.

Loubet, who now oversees his restaurant Domaine de Capelongue in Bonnieux, Vaucluse, is bringing a natural and refined menu to M de Megève. He likes to cook with produce which comes directly from nature, and enjoys using herbs, buds, roots, flowers and wild salads in his dishes. His cuisine is very alpine and plant-focused and yet always retains a hint of Provence, as a tribute to his summer restaurant.

“My goal is to recognise the taste of authenticity in each dish; to relive my childhood’s memories and dreams. I have to preserve that taste before everything else: our challenge is to stay true to nature, to cook genuinely and tastefully,” he says.

Among his creations, guests at the M de Megève’s restaurant will be able to order the turnip and apple salad with wild herbs; the spit-roasted chicken served with buckwheat pasta crozets de Savoie and artichoke thistle gratin; a trout and potato millefeuille with satureja herb and finally, an Île flottante with Saint Genix pralines.

On the light foods menu, which will be available at the hotel’s bar, he uses the same alpine and plant inspirations but with a focus on wellbeing, which can be seen through his quinoa and avocado dish served with a beetroot and bay leaf coulis, or the vitelotruffo and baby gem lettuce with cider vinegar.