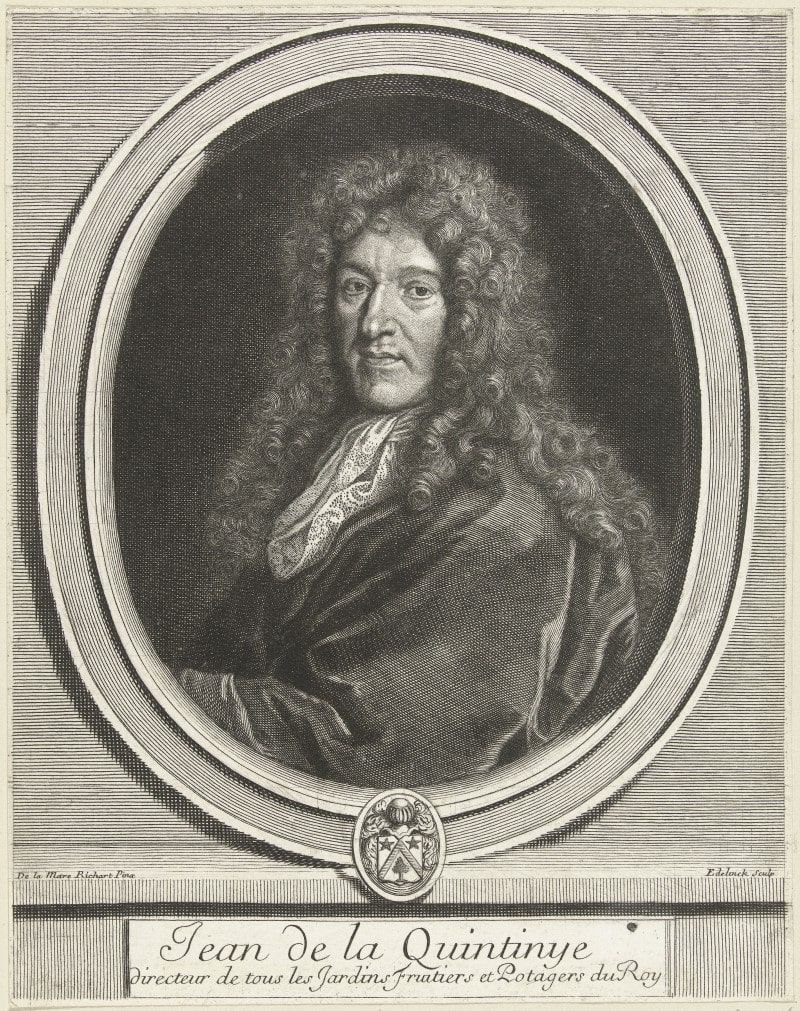 As a young man growing up in the Charente, Jean-Baptiste de La Quintinie was destined for a career in the law, and things seemed to be going well until, on a chance trip to Italy, he discovered the beauty of horticulture. It was a life-changing experience and once back on home soil, La Quintinie threw caution to the wind, quit the law and took up gardening full-time.

It turned out to be the right choice and over the years, his reputation grew: he worked for the likes of Louis II de Bourbon-Condé at Chantilly and Nicolas Fouquet at Vaux-le-Vicomte. Then in 1661, Louis XIV gave him the job of designing the Versailles vegetable garden: the king was so delighted with the results, he invented a new title for him – directeur des jardins fruitiers et potagers de toutes les maisons royales (director of all the royal fruit and vegetable gardens).

By 1683, La Quintinie had built the Potager du roi at Versailles, which went on to supply the royal tables with fresh fruit and vegetables. But his achievements didn’t stop there. In his time, he mastered, among other things:

He also published a book Instruction pour les jardins fruitiers et potagers, if you want to find out more about his methods! Or head to his birthplace of Chabanais, which celebrates La Quintinie and gardeners in general during the first weekend of October each year.