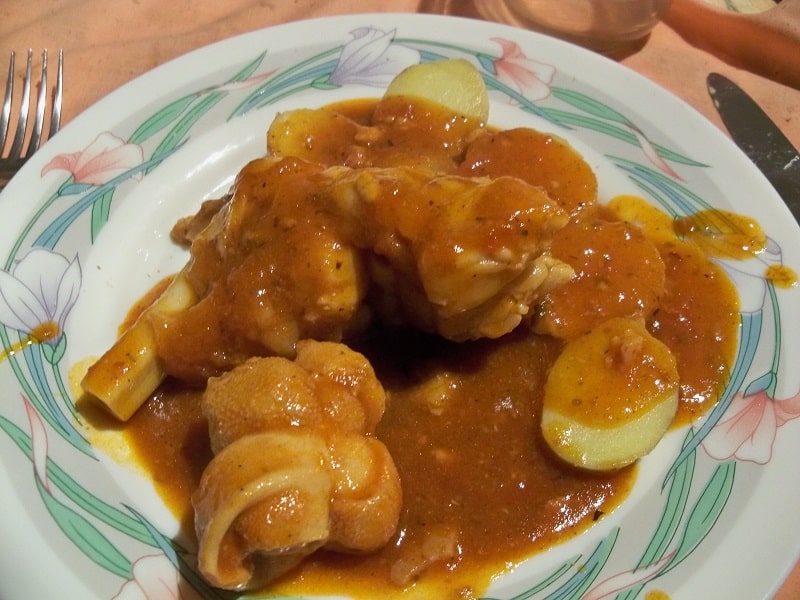 If the thought of escargots or foie gras makes you squeamish, look away now. For all its glorious cheeses, tender meats and vibrant veggies, France is also home to some gastronomic ghastlies too, which will certainly have you hiding under the dining table! Remember, we warned you – here’s what not to order on a French menu. (Though this being France, if you’re brave enough to try them, we reckon they’re probably delicious!).

Manouls – the lining of a lamb’s stomach, stewed in white wine with tomatoes and ham. A speciality of Lozère in Languedoc-Roussillon.

Pieds-et-paquets – a stew of stuffed sheep’s feet and offal, originally from Marseille but now found all over south-eastern France.

Pouteille – another specialty stew from Lozère, which consists of pig’s trotters, lard, beef and potatoes.

Grive – a small songbird, usually served in a pâté.