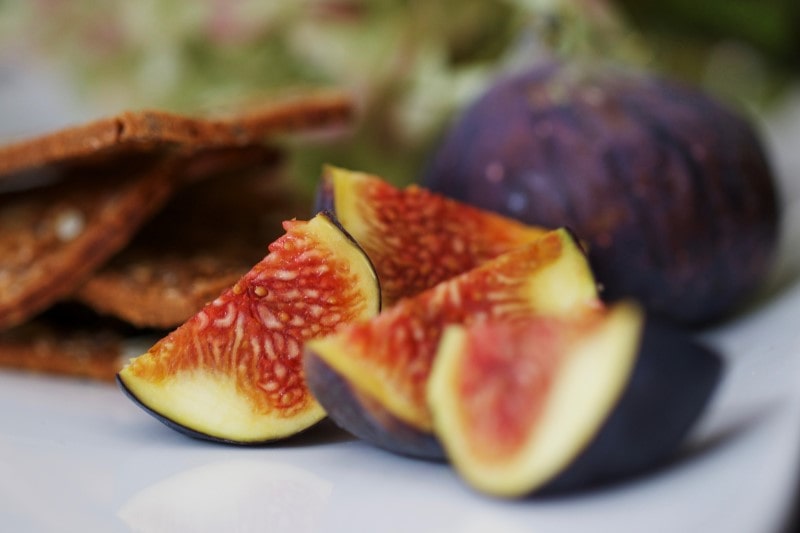 It’s the final, glorious days of summer, but autumn already has its bags in the hall: hay is being baled and late-season fruits are ripening – the big annual harvest is just around the corner. So what’s ready to eat in France right now? Here’s the French Department for Agriculture’s monthly guide to stocking your seasonal shopping panier…

Aubergine has a rich flavour which, when grilled or smoked, isn’t all that far removed from certain mushrooms. A staple of oriental dishes, it is often spiced with cumin, coriander, cloves or cardamom, and, famously, it’s a staple ingredient of a classic ratatouille. The aubergine comes from the same family as tomatoes and is harvested as it ripens on the vine, between July and September.

Among the many varieties of courgette you’ll find on the market stalls in the south of France, especially around Nice, you’ll see pear-shaped ones, velvety white ones and the classic vibrant green ones. For optimal freshness, buy from the market, the farm direct or check out a pick your own!

Mackerel migrate in the summer towards the colder waters of the North Sea and English Channel before leaving again in autumn for warmer southern waters. It’s cheap, incredibly good for you and full of mouth-filling salty, oily flavours. Grill it on the barbecue while summer’s still here!

White tuna (albacore) is one of the smallest tunas, measuring less than 1.5m, compared with the significantly larger 3m bluefin tuna. Simply toasted, the white flesh is juicy and tender. It is a delight with a tartar sauce with fresh herbs (tarragon, chives). Along with yellowfin, albacore tuna is one of the species used in conservation, its fishing is strictly regulated by a system of licenses and quotas.

In France, beef cattle are grazed largely on lush pastures – and there’s no shortage for them to chomp on, either: almost half of French agricultural land is grassland, adding up to around 12.7m hectares in 2019.

The grazing of cattle helps promote biodiversity-rich meadows and contributes to agricultural development in less easily-farmed areas, such as mountains or marshes. Check out the white Gasconne breed, with thei, with black-lined eyes – they may look huge, but they are extremely agile on the mountainous slopes of the central Pyrenees. Meanwhile, the fawn-coated Parthenaise cattle are one of the oldest French breeds, bred for their milk and for their tender meat.

For the best quality French beef, look out for Maine-Anjou PDO or Bazas PGI from Nouvelle-Aquitaine.

Melon is one of the juiciest summer fruits (and a close relative of the courgette!) and three of the best to look out for on the market stalls are: the Haut-Poitou IGP, grown in the area between Saumur and Poitier; the Quercy IGP (Lot and Tarn-et-Garonne); and the Guadeloupe IGP.

Nicknamed ‘l’oeuf de soleil’ (egg of the sun), the apricot is native to Asia but has happily soaked up the Mediterranean climate, and in France is mainly grown in the south-east of the country. The red Roussillon PDO apricot is picked by hand when it is fully ripened and oozing sweetness. Delicious!

You haven’t tasted a fig until you’ve savoured the mouthwatering floral notes of a fresh fig, and the Solliès AOP, produced in the Var, is one of the sweetest you can find. It goes wonderfully with goat’s cheese (try it on a thin tart, with roasted pine nuts and sundried tomatoes – you can thank us later).

Nectarines, cousin of the peach, have a smooth skin and are thirst-quenching and tangy. For a gorgeous summer dessert, roast them in foil with honey, rosemary and served with vanilla ice cream.