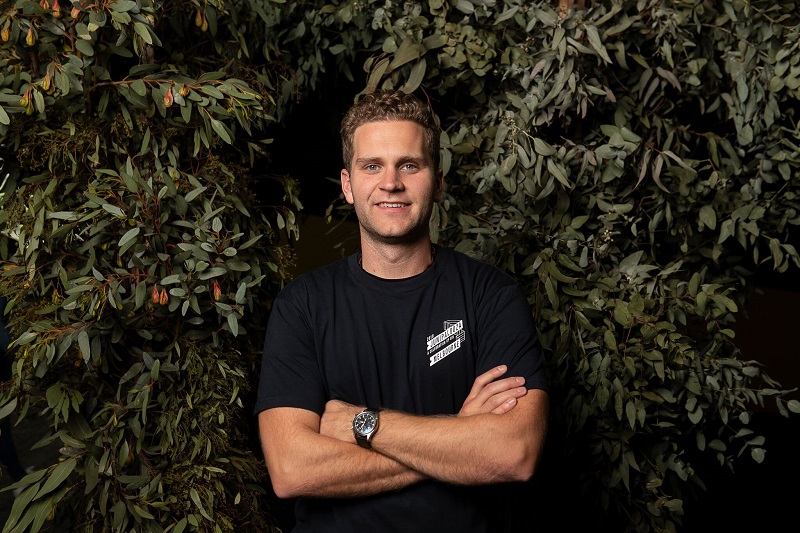 Spirits Kiosk, which sells high-quality alcoholic drinks online, was launched in the midst of the pandemic, at the end of August 2020. It now offers an impressive range of 1,400 spirits, including gin, rum, whisky and vodka. We caught up with head buyer – and chief taster! − Emile Ward to find out more…

Where are you from originally?
Although I am half-British, half-Swiss, my parents moved to Paris when I was only a year old and I grew up at first in the 8th and then the 17th arrondissement. Growing up in Paris was fantastic and I carry a lot of French values to this day, which bleed in to my work as head buyer for Spirits Kiosk. I pay a lot of attention to where spirits are made, who makes them, how they are made and why they use certain processes or ingredients. To me these are as important as the flavours.

I then went to university in Boston because I’d always had a fascination with the United States and the American dream − and because it was the epicentre of advertising. My experience and education there gave me a real understanding of how consumers purchased goods and how advertising can change these behaviours and purchasing decisions. I’ve always found the FMCG (fast moving consumer goods) world interesting and spirits certainly fits in to this category but they also touch on all aspects of life, unlike other products. You can find spirits all around the world in various forms, in history as having played crucial roles, in other domains such as art, sports, film and more.

How and why did you end up in London?
I moved to London after my time in Boston because I wanted to pursue a career in advertising but also because I would be closer to my family since both my brothers live in this city. Although I’m half-British I had never lived in England and therefore thought of it as a new challenge.

When and how did you start Spirits Kiosk?
Quite a long story! We decided to create our own company called Gin Foundry in 2014. We had three business ventures under this company, first was Gin Foundry as an editorial website, Gin Kiosk was our ecommerce site selling 300 gins and Junipalooza, our gin festival hosted at Tobacco Dock to the tune of 2,500 people attending each year.

Towards the end of 2019 beginning of 2020 (before the pandemic started), we sold our company to Enotria & Coe with the aim of going across all spirits rather than just gin. Spirits Kiosk, formerly Gin Kiosk, was launched at the end of August 2020 and now ranges 1,400 spirits across gin, rum, whisky, tequila, vodka and much more.

The aim with Spirits Kiosk is to bring more information about spirits at the point of purchase to educate consumers and provide transparency on how spirits are made, who makes them, where they are made and why they taste a certain way. We also want to bring more personality and a human interaction to the world of ecommerce in spirits so we have curators in each spirits category writing blog posts, providing quotes and recommending new products.

What kind of impact has Covid had?
It certainly has been an interesting and difficult time for all involved since having bars, restaurants, hotels and the likes closed is never a good thing for the industry overall. However, it has also presented us with a great opportunity to grow as traffic and sales have skyrocketed to the site. Changing from only selling gins to all spirits has proven successful in that we now sell a considerable amount of rum, whisky, cognac and brandy and No & Low spirits − but gin remains a firm favourite as well.

The biggest difference the pandemic has had is how much more at ease people are ordering online to buy their favourite spirits. It really accelerated that trend, as well as the way they are open to experiment and discover new spirits, which is great as we stock some really unique and interesting products.

We understand you also run a gin festival – tell us more!
Yes, I also run Junipalooza which is our gin festival happening each June at Tobacco Dock. It’s a Meet-the-Maker show so that means the owners, founders or distillers have to be present behind their stalls. This ensures that people get the full, honest and detailed story behind some amazing gin distilleries from around the world and taste their gins with them.

We have over 60 exhibitors each year from the UK, Europe, Australia, USA, South Africa so it’s really an international affair, unlike any other gin festival. We also host the show in Melbourne, Australia each year. However with the Covid pandemic, our shows have had to be postponed or cancelled but we cannot wait to put them back on when it is safe to do so.

France produces some interesting gins – do you have a favourite?
France is definitely having a craft distilling boom at the moment with a lot of distilleries producing fantastic gins and other spirits. Some of my favourites include Audemus Spirits who produce Pink Pepper Gin, but also Sepia Amer, Covert which is a delicious fig liqueur and many more (look out for Fractal). I’ve always enjoyed Citadelle Gin for how much they have pioneered for French gin, their Old Tom Gin is definitely worth buying and trying. FAIR produce ethical and sustainable spirits really worth people’s attention. I have a soft spot for Distillerie de Paris because they are from Paris but also produce some unique and interesting products such as an Agave spirit. Finally, L’Orbe Caviar Vodka is always striking to look at but also very interesting in its use of a caviar infusion and the innovation around how they actually do it.

What other spirits are enjoying a renaissance apart from gin?
We’re seeing a renaissance in many parts of the spirits industry such as rum with spiced, flavoured and botanical rums from outside the Caribbean really enjoying their moment in the limelight. Cognac (as well as calvados and brandy) is undergoing a little rejuvenation period, with many new producers trying to bring youth into the category. Vermouths or aperitif-style spirits are still growing and proving to be a popular choice as they offer a lower alcohol punch but great flavours and a fantastic way to start a meal.

Do you have a favourite spirit – and what is it you love about it?
I do love gin as I have been following and discovering it for over six years now, but a firm favourite of mine is tequila, mezcal and other agave spirits. It’s the combination of agricultural origin – the agave plant has many different varietals all producing different liquids – and the different production methods in fermentation − brick oven or clay pot stills which produce either clear or smoky flavours − that make this spirit stand out. And finally, it’s also all the cultural associations with food, music, people from such a vibrant country that appeals to me as you can learn so much about the culture through understanding tequila.

What’s your favourite cocktail?
I have to admit that I tend to stick to the classic cocktails such as martinis, margaritas, daiquiris and the like, because they’re incredibly easy to make but also the use of different spirits can alter the flavours quite dramatically. The one cocktail I come back to time and time again is the negroni as it’s such a great way to wind down after day’s work or before a meal to open up your palate. It really hits all the flavour cues in my opinion and the combinations are endless.

What are your plans for the coming year?
We’re in the midst of relaunching our Gin Foundry site into a new editorial website dedicated to all spirits. We’re very much looking forward to bringing spirits journalism front and centre on the new site and uncovering some amazing stories that just haven’t been brought to people’s attention yet.

We’re also focused on growing Spirits Kiosk, bringing more curators to life in categories such as whisky and liqueurs, as well as sticking to our roots of championing small producers and spirits that tend to fall under the radar and give them an opportunity to be discovered by a much bigger audience.

Find out more about Spirits Kiosk at spiritskiosk.com.