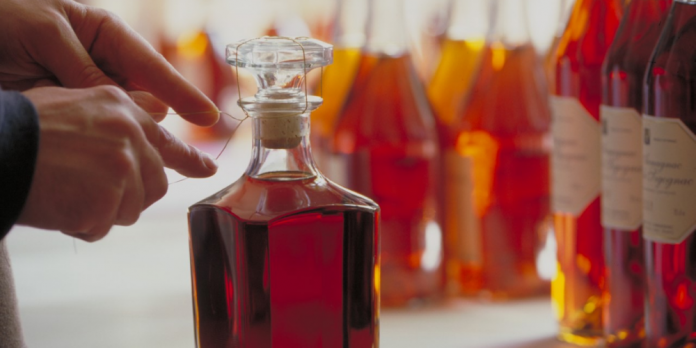 Armagnac is, by a Gascon country mile, France’s oldest eau-de-vie and, arguably, the first grape-based spirit produced on the planet.

Towards the end of the European Dark Ages, it was primarily employed for its purported medicinal benefits (more of this later), and as a means of preserving wine. But in the late 1300s, local producers cottoned-on to the commercial relevance of its more ‘socially-oriented’ attributes and production turned to supplying the markets, firstly domestic and then Northern European, creating a thriving business by the early medieval period.

Armagnac’s antique authenticity is beyond reproach and well-documented:
In 1310, Maître Vital Dufour, the then Prior of Eauze (now the capital of the Armagnac region) and of Saint Mont, penned a medicinal treaty in Latin, To Maintain your Health and stay in Top Form, in which he vigorously extolls the ’40 Virtues of this Aqua Ardente (water of fire)’…

“This water, if taken medically and soberly is said to have 40 virtues,” wrote the Prior. “It enlivens the spirit, if taken in moderation, recalls the past to memory, renders men joyous, preserves youth and delays senility.”

Furthermore, although as yet untested by the Baron in this capacity, legend also tells that it was equally vaunted as a sort of medieval Viagra – Oh, Ardent Armagnac!
The origins of its name date back even further to the year 507 when Armin (Herman), a Frankish soldier, having distinguished himself admirably in battle against the Visigoths, was rewarded, by royal dotation from King Clovis, with a small county in western France, baptised as Arminus in Latin, then later Arminhac in Gascon and, finally, Armagnac.

The vines were already present in this region, having been introduced by the Romans around 50 BCE, the Moors brought the thousand-year-old custom of distilling to Gascony around the 10th century, and the Celts, who discovered the art of bending and staving heated wood for boatbuilding from their origins in the Balkans and on the banks of the Danube, brought the barrel to Gaul in the 2nd century BCE.

All of the elements were in situ for the discovery of the first brandy techniques, employed from the 11th century for preserving wines during extended transportation, and the subsequent distillation of what we now know as Glorious Gascony Gold!

Thereafter, Armagnac’s history becomes forever rooted in Gascony. Throughout the following centuries, there is irrefutable testimony to its expanding trade, both for therapeutic and social applications, in the regional marketplaces and, as from the 1600s, with the Dutch traders travelling the South-West rivers, then the British, who soon developed a thirst for this ‘water of immortality’, which, happily, still remains unquenched to this day.

Traditional methods, although now perfected and greatly refined, are still inherent in craft production of Armagnac and something which we constantly strive to uphold at Château de Bordeneuve.

Even our blends, relatively new additions to the historical barrelled Armagnac vintage markets, with availability only becoming more widespread following the invention of the efficiently productive continuous distillation still in 1767, are crafted with artisanal care, whilst the utmost respect is also paid to traditionally natural methodology and values.

At the arboured Domaine de Bordeneuve, where the Baron grows and distils his Sigognac collections, parts of the estate have been corroborated as dating back to the 12th century with traces of viticulture and distillation dating back almost as far, making it very much an active site since eau-de-vie’s humble beginnings.

Over 700 years of Armagnac history lovingly distilled into a 70cl bottle!