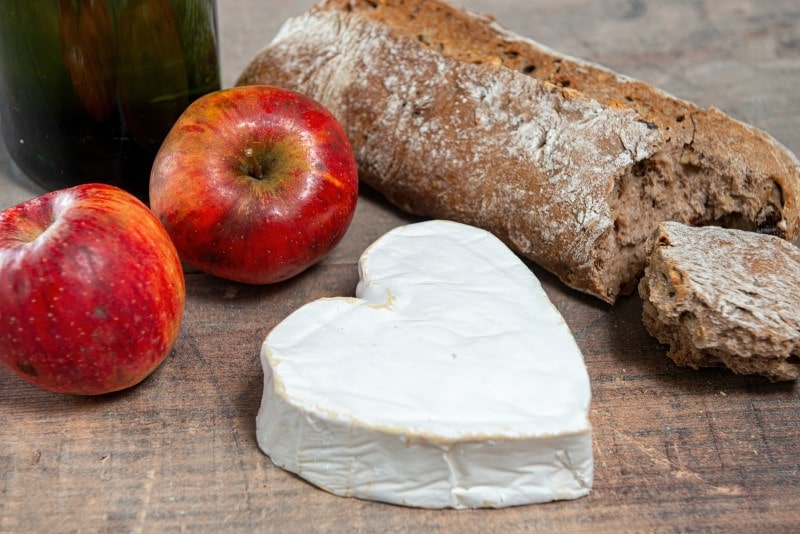 Let’s face it, every cheeseboard is a winner in our book, but if you’re looking to entertain your guests by tantalising their brain cells as well as their taste buds, here are three cheeses with interesting facts behind them. Serve at room temperature!

Tomme de Savoie PGI takes its name from the Savoyard word ‘toma’, which means ‘cheese made in alpine pastures’. The milk that produces Tomme de Savoie PGI comes mainly from Abondance, Montbéliarde or Tarentaise cows and is collected in Savoie or Haute-Savoie.

Legend has it that Neufchâtel PDO is the oldest Norman cheese and that, during the Hundred Years War, young girls offered English soldiers these heart-shaped cheeses to testify of their love. Since then, it has not changed: this cow’s cheese, of which 1,576 tonnes were produced in 2020, still has this clearly identifiable shape. We just love it!

Rigotte de Condrieu AOP comes from the Pilat massif in the departments of the Loire and the Rhône and its name, ‘Rigotte’ is taken from the streams that trickle down the slopes of the massif, which are called rigole or rigot. This heavenly goat’s cheese won PDO status in 2013 and in 2020 some 71 tonnes of it were produced.