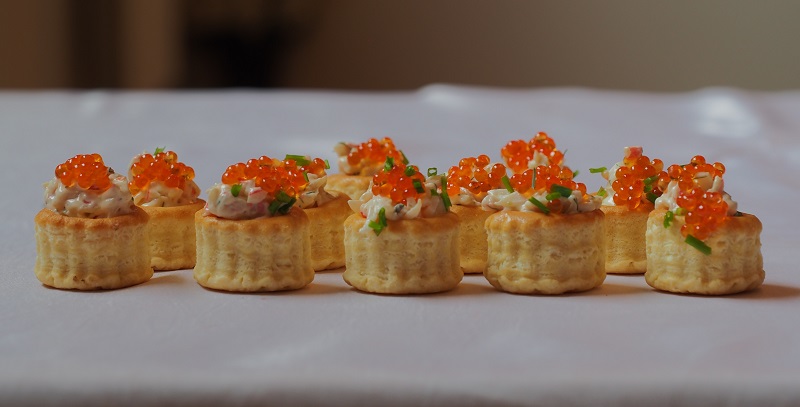 The unexpected headline of the spring confinement in France was the accidental discovery of a new cheese when a batch of Munster – unable to go to market because of the Covid-19 restrictions – was left in a cellar and developed a whole new level of tastiness.

The king of cheeses, oozing, saltily creamy and cut-through with those delicious blue veins, Roquefort, so the story goes, was actually created par hasard. It was all down to a lovelorn shepherd in Aveyron some time in the 11th century, who was so busy chasing the girl of his dreams, he totally forgot about the ewe’s cheese and bread he’d left back in his cave. When eventually he returned chez lui, he found the cheese had developed a blue mould. Délicieux, non?

Apparently even the best chefs have disasters in the kitchen. Back in the late 19th century, sisters Caroline and Stéphanie Tatin ran a hotel-restaurant in Sologne. Stéphanie was having a rather busy day and was supposed to be making a traditional apple pie, but left the apples cooking in their butter and sugar too long and they started to burn. To rescue the dish, she cunningly popped the pastry base on top of them, shoved the pan in the oven and invented the upside-down apple tart, which we known today as tarte Tatin.

Ever wondered why a small puff pastry morsel considered the height of chic in the 1970s is called ‘flies in the wind’. Well, legend has it a young chef in the early 19th century was so overwhelmed to find himself working in the kitchen of legendary ‘king of chefs’ Marie-Antoine Carême, he forgot to prick his puff pastry before popping it in the oven. When it ballooned in size, he exclaimed: “It’s flying in the wind!” Carême spotted the potential and filled the pastries with savoury delights and thus an ever-lasting buffet favourite was born.