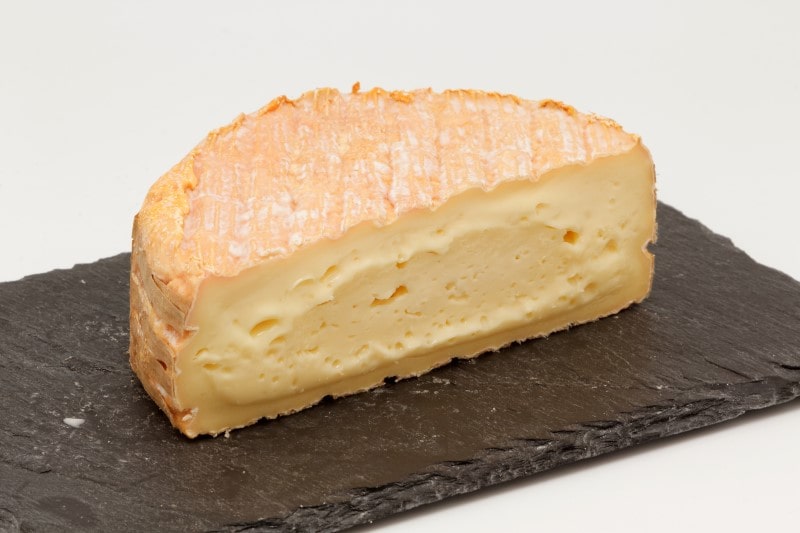 France has 46 cheeses which carry the AOP (Appellation d’origine protégée) label, making it the cheese champion of Europe, just ahead of Italy. These delicious fromages (three quarters of which are made with raw milk) come from across the whole country and bear witness to France’s diverse and rich terroirs, home to some 18,000 milk producers and 430 processing or refining workshops.

The red and yellow logo of the AOP guarantees cheese aficionados that all stages – from milk production to cheese maturing – take place in the geographical area of the appellation, according to recognised know-how and strict specifications, as well as a commitment to animal welfare and respect for the environment.

And cheese isn’t the only dairy product to benefit from this official mark of quality: three butters and two creams have also obtained AOP status – Charentes-Poitou butter, butter and cream from Isigny, and Bresse butter and cream.

But we digress – back to the cheese, and here are three AOP cheeses from France we think you’ll love with some fresh pain and du vin. Bon app’!

Chevrotin AOP from Savoie and Haute-Savoie is a fermier goat’s cheese, which means it’s made exclusively from the milk of one herd, giving each Chevrotin the unique aromatic identity of the farm from which it comes. About 60 tonnes of Chevrotin AOP are produced each year. It has been made in the region for three centuries and was awarded AOP status in 2002. This cylindrical-shaped raw-milk cheese has a light pink rind. It is first renneted then curdled, moulded, salted, dried and washed. Its refining lasts from three to six weeks and takes place on the farm or at a refiner certified by the AOP sector. Its creamy paste has very aromatic notes due to the mountain flowers on which the goats feed. Thanks to 24 producers, 5 refiners and 2,200 goats, around 60 tonnes of Chevrotin AOP are produced each year.

Bleu du Vercors-Sassenage AOP is made in the heart of the  Vercors Regional Natural Park, from the milk of Abondance, Montbéliarde and Villard de Lans cows. Produced on the farm, it is the only cheese to be made from a mixture of heated milk from the previous day to which up to 50% of raw and warm morning milk is added. Produced since the 14th century, this blue-veined cheese was awarded AOC in 1998 and AOP in 2001. The cheese has a creamy, ivory to light yellow paste with blue marbling. Its rind is marbled in appearance with orange to ivory areas. It offers a taste of soft blue with hints of hazelnut and gives off a scent of undergrowth. Try Vercouline, a typical Vercors recipe made from melted blue cheese, served with potatoes, salad leaves and cold meats. Almost 200 tonnes of Bleu du Vercors-Sassenage are produced each year.

Livarot AOP is a soft cheese with an orange rind made from the milk of Norman cows. Cylindrical in shape, it is surrounded by sedge strips that were originally used to maintain it during ripening. About 1,000 tonnes of Livarot AOP are produced each year and its peak season is from June to September. It was awarded AOC status in 1975, followed by AOP in 1996. Livarot comes from the village of the same name near Lisieux in Calvados. This Pays d’Auge cheese is recognisable by its cylindrical shape encircled by three to five strips. Its orange-red colour is due to annatto, a natural vegetable dye that is added during the last wash during ripening. Once upon a time, this cheese was called “the meat of the poor” because it was widely consumed in the 17th century – for a long time, Livarot was the most consumed cheese in all of Normandy. To make 500 grams of Livarot AOP, it takes five litres of milk, from Norman cows which graze at least six months of the year in the Normandy countryside. After being partially skimmed, the curds are cut and then moulded. Then comes the ripening: the cheese is washed, possibly brushed, turned three times, which allows the appearance of its orange rind. Finally, the Livarot is set with sedges before being boxed. It can be kept for a few days in its original packaging, at the bottom of the refrigerator. Beyond a week, it risks drying out and losing its taste qualities. Be sure to get it out of the fridge an hour before tasting to fully release its flavours and perfume. Around 1,000 tonnes of Livarot AOP are made each year.