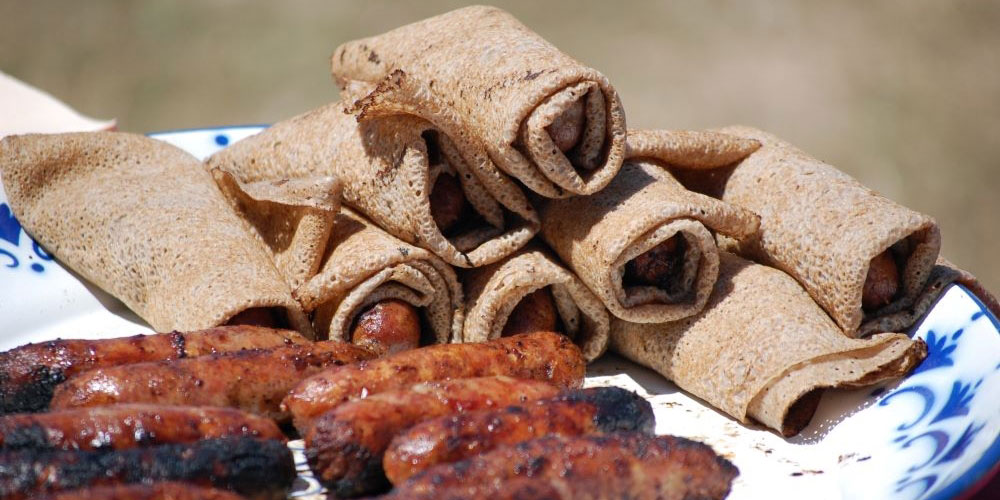 The galette-saucisse is a real institution in Brittany, commonly enjoyed at football matches, and is so well loved it even has its own song.

And now a new world record has been set in Ille-et-Vilaine thanks to volunteers from Entente Sportive Saint-Germain/Montours football club near Fougères  who got together to produce a 72m-long (236ft) version of the popular street food, using more than 350 galettes (buckwheat crêpes) and 350 sausages.

The record was previously held by the Mayenne department, where a 53m galette-saucisse was made on June 30 last year as part of the Tour de France festivities.

The galette-saucisse dates back to the 19th century and uses two key ingredients of the area – a crêpe made from buckwheat, which grown across Brittany, and pork sausages, which are a speciality of Rennes.

The association Sauvegarde de la Galette Saucisse Bretonne (SGSB) is the place to go for advice on how to enjoy the delicacy, but be warned – they’re quite strict. When it comes to toppings, they fulsomely disapprove, with not even the merest smear of mustard allowed, although they do recommend washing it down with a local cider. “Adding mustard is a heresy, the same with ketchup and mayonnaise. The galette has taste, the sausage too, we must not add more,” proclaims association president Xavier Taheulle.

The humble treat (which the SGSB says should never cost more than €2) is so popular it has its own song, called Galette Saucisse Je t’aime. Only France would have a chanson about a sandwich!