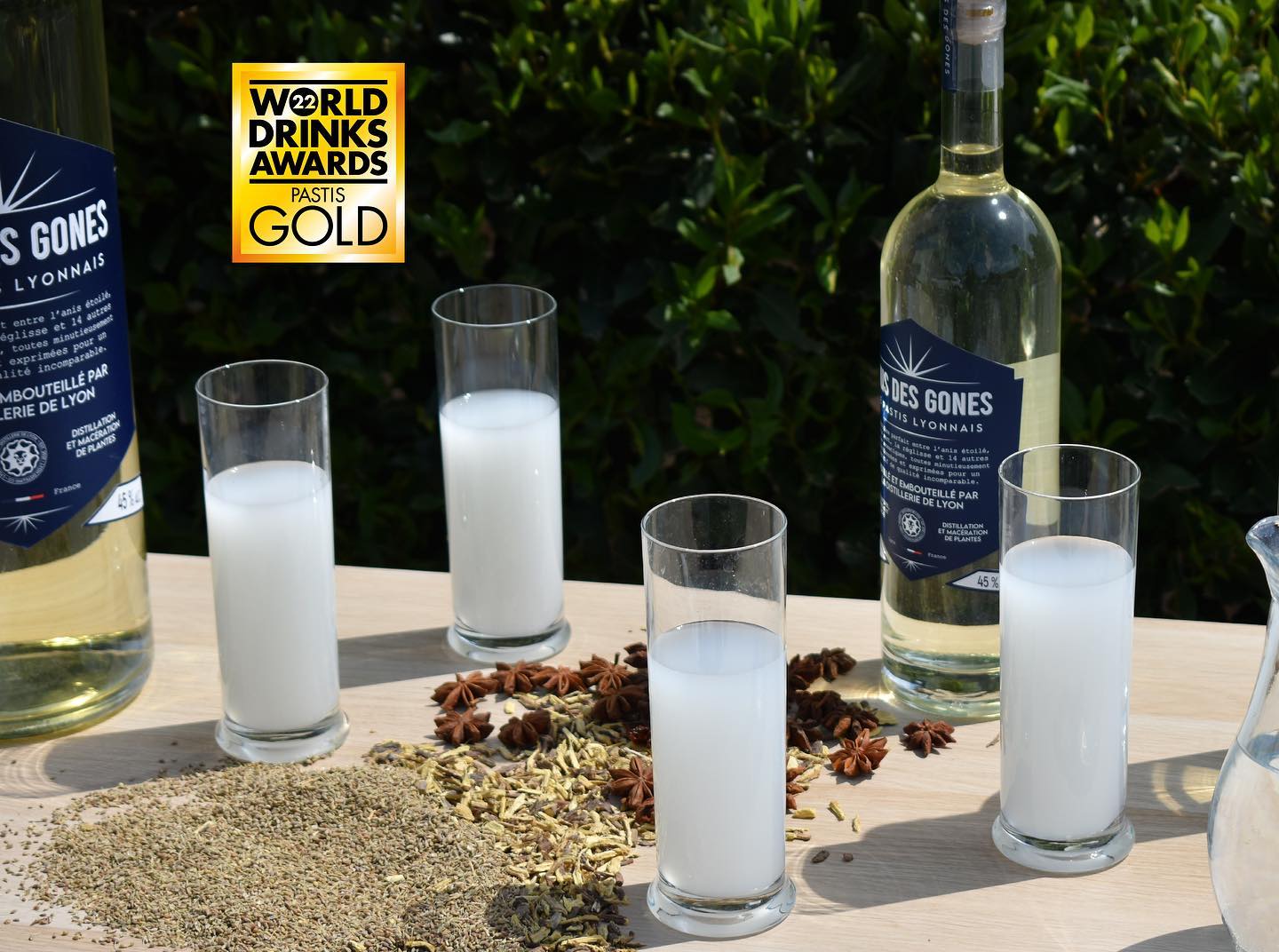 Pastis, the cloudy aniseed-flavoured apéritif associated with balmy summer nights, is the beloved tipple of southern France, and Marseille in particular. So imagine the Marseillais’ horror when this year, the World Drinks Awards announced that the Best Pastis du Monde is made in Lyon.

Anis des Gones, made by the Distillerie de Lyon in the city’s 8th arrondissement, won the gold medal at the 2022 competition – just 18 months after the company was formed.

Here’s how the World Drinks Awards described the Lyonnais pastis: “Big, bold nose with bags of character. Does have a musky, aftershave type character to it. On the palate the flavour again is massive, with notes akin to sandalwood and patchouli, very unusual. There is a tongue-tingling menthol to it. With more woody herbaceous notes towards the finish. With water it louches beautifully and some wonderful minty complexities unfurl. There is a camphor element on the finish. Very cool.”

At €29.90 a bottle, you can expect notes of anise, liquorice, mint and herbs as well.

Pastis came into its own during the ban on absinthe, filling the anise-shaped hole and staying the right side of the law because it didn’t use wormwood (Artemisia absinthium). Served diluted with water (five parts water to one part pastis), its appearance changes from amber to cloudy when water is added, a phenomenon known as the louche or ouzo effect. If you want to add ice cubes, be careful to do so after the addition of water, otherwise the anethole will crystallise, which, apparently, is not what you want… Santé!