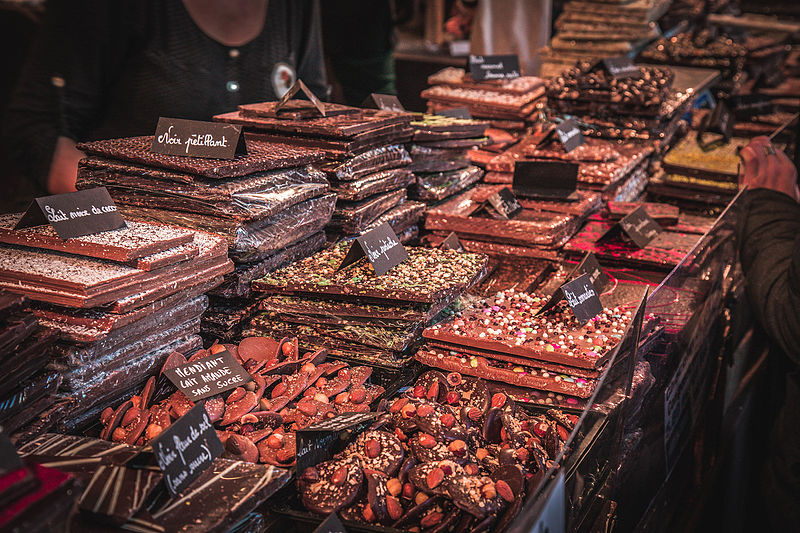 Chocolate lovers unite in festival dedicated to chocolate and pastry, which will be in Paris from October 30th to November 3rd

Chocoholics, clear your diaries and book that flight to France – the Salon du Chocolat returns to Paris for its 25th anniversary this October.

The biggest choc fest in the world will allow you to enjoy the sweet stuff in all its many flavours, shapes and colours courtesy of the very finest chocolatiers and pâtissiers from around the globe.

Tastings (of course), masterclasses and the iconic fashion show will all add to the fun, alongside a star-studded roster of ambassadors, including French pastry chef Philippe Conticini and high-end chocolate maker Jean-Paul Hévin.

The brainchild of Sylvie Douce, with the help of food critic and event planner François Jeantet, the very first Salon du Chocolat opened in October 1995 with 40 chocolate professionals. An incredible 40,000 people attended. Since then, the Salon has taken off across the planet, from New York, Tokyo and London to Beirut, Shanghai, Moscow and Milan. Cacao-producing countries became the guests of honour, invited to meet and mix with professionals from across the industry.

“It was fabulous to see a Peruvian cacao producer taste chocolate for the first time, and marvel at what had been done with his harvest,” reflected François Jeantet after founding the International Cacao Awards ten years ago. This year’s ICA awards will take place on October 30.

“The success of the Salon du Chocolat is a force for good, for everyone around the world. It may well be the magic potion for the 21st century; the only thing that everyone still agrees on.”

This year, pastry takes pride of place, with some of the biggest names in the industry featured. For the very first time, Tradition Gourmande will create a pastry lab behind glass, where pastry chefs will demonstrate their latest creations. Each day, they will celebrate a specific region and its iconic local pastry – which will then be for sale. These include the dream cake, the Lou Pisadou (a chestnut specialty from Ardèche) and the classic Breton kouign-amann.

Also, watch out for the 3D-printed creations from Mokaya, a new start-up which is working with the biggest luxury hotels and pastry chefs.

A special ELLES area will celebrate the contribution of female chefs such as Christelle Brua, who, in 2018, became the first woman to be awarded the Valrhona Prize for the world’s best restaurant pastry chef, and Jessica Préalpato, who recently won the 2019 prize for the World’s Best Pastry Chef, awarded by the World’s Best Restaurants.

Open to competitors around the world, the International French Pastry Trophy gives professionals and amateurs the opportunity to present their creations to the public and a jury of experts. Presided over by master chocolatier and Meilleur Ouvrier de France Pierre Mirgalet, the competition will come to a head at the Pastry Area on November 3.

And thanks to Févéo, you will have the chance to make your own chocolate from carefully selected beans. Well, it’d be rude not to.

Salon du Chocolat is at Porte de Versailles Hall 4 from October 30th to November 3rd from 10am to 7pm. Tickets are €7 to €15. Visit www.salon-du-chocolat.com.