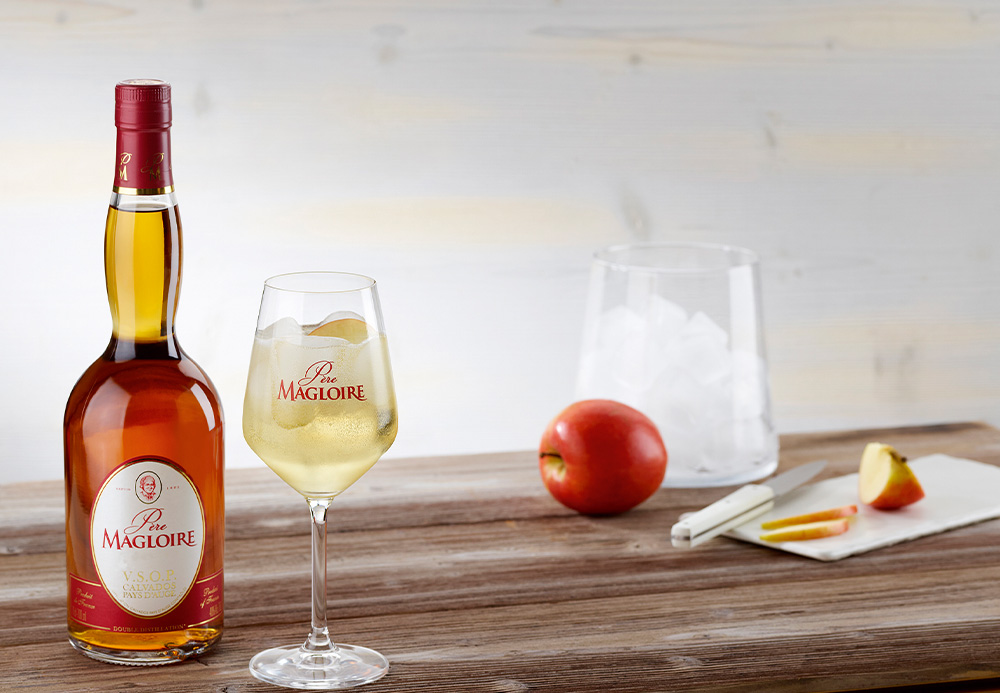 Calvados, an apple brandy exclusively produced in Normandy has a long and complex history. It dates back to 1553, where the drink was first known as “cider eau-de-vie“. The name, Calvados, wasn’t actually introduced until the late-1700s, when France was divided into departments.

After surviving the French Revolution and two world wars, it’s no wonder that this sweet nectar is coined as one of the ‘Three Noble French Eaux-de-vie‘.

To honor this emblematic drink, Père Magloire has teamed up with Emporia Brands to mark the 10th year of National Calvados Week and 201 years of Père Magloire Calvados. Running alongside the annual apple harvest, the festivities will span from October 10th to October 16th in bars and retailers throughout the UK.

That’s not all. Two new Père Magloire products have also been created especially for the 10th annual celebration of the National Calvados Week:

What’s more, in collaboration with Père Magloire, Taste of France will be giving our readers the chance to win a bottle of the newly launched Pomme Doublée. Will you be the lucky reader? Click here for a chance to win.

National Calvados Week (October 10-16, 2022), which is now in its tenth year, was created in conjunction with UK importer and distributor Emporia Brands. You can follow National Calvados Week on Twitter @NTLCalvadosWeek and on Facebook at www.facebook.com/NationalCalvadosWeek. Père Magloire is widely available in the UK, including all online retailers and Waitrose.