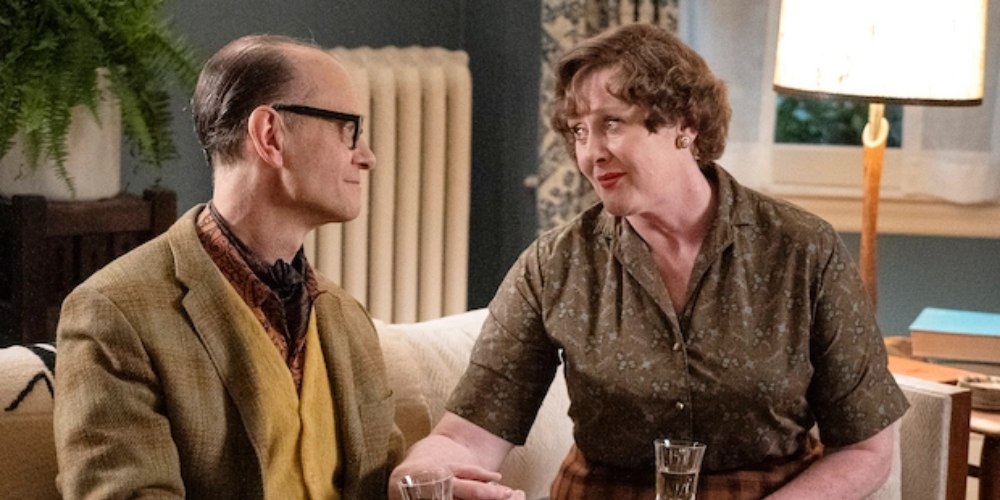 Lauded as the woman who brought French cuisine to the American masses, Julia Child is a legend to home cooks everywhere. She was a prolific writer, with her debut volume Mastering the Art of French Cooking still popular 61 years later, and was one of the first TV chefs (pipped to the post by Fanny Cradock). After a TV interview where, instead of sitting still and talking about her new book, she stood up and gave a live demonstration, she inspired women (in particular) to add new dishes to their repertoires.

It is this television appearance where the new HBO Max comedy series Julia begins. Played in a note-perfect performance by Sarah Lancashire, the series follows Julia Child from this inaugural TV appearance through the process of getting her own show on air. It is, of course, not a spoiler to say that she was ultimately successful in bringing her programme The French Chef to the airwaves, despite vociferous opposition.

While Julia’s career is the driving force behind the plot, the show really shines in its private moments. From its sensitive and rarely-seen depiction of Julia coming to terms with becoming menopausal to her interplay with her husband (played by Frasier’s David Hyde Pierce) it is a tender portrait of the woman who made French flavours and techniques accessible.

The show is now available to stream in its entirety, and a second series is on the way. We would recommend giving it a watch while digging into a portion of Julia’s classic beef bourguignon.