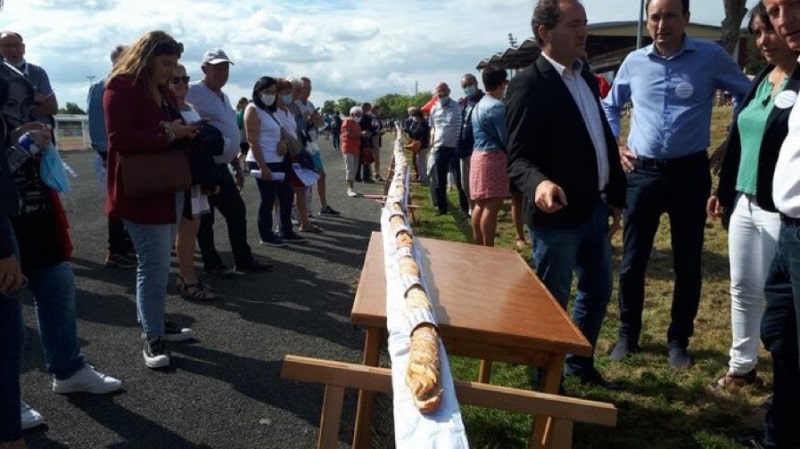 Feeling peckish? Then you’ll be pleased to know a new world record has been set for the longest rillettes sandwich – at a gut-busting 81.2 metres.

The behemoth buttie was made at Laval racecourse, in the Mayenne département, with the help of 200 chopsticks and a lot of hard work by dozens of bakers, butchers and volunteers. It was judged to have beaten the previous world record – set in November 2019 in Toursby a sandwich of 74.4 metres – by an official adjudicator.

According to the Federation of Bakers of Mayenne, 196 baguettes and 50kg of rillettes were used to make the super sarnie, which was cut up into smaller, more edible pieces and sold to raise money for charity. And apparently it only took an hour to make! Quick snack, anyone?