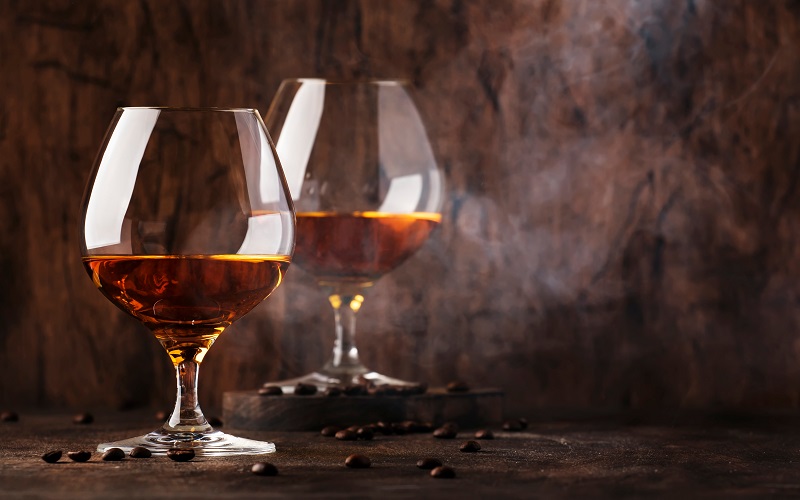 It was 1912 when the Grassa family took over Domaine Tariquet in Gascony, where fine eaux-de-vie have been produced since 1683.

The wines are distilled in a traditional armagnac alambic fired with wood from recycled vine stakes. The 100-year-old cellars quietly safeguard the barrels during maturation. Each grape variety and each vintage are distilled and aged separately for the first years. After several years of ageing in fine grain oak barrels from the most renowned French forests, these eaux-de-vie become Bas-Armagnacs of great finesse and rare elegance.

This year, the Grassa family is celebrating the 30th anniversary of its partnership with Waitrose with its Bas-Armagnac XO.

A blend of Ugni blanc (60%) and Baco (40%), it is aged from 12 to 15 years, producing a supple and complex eau-de-vie, combining finesse and strength. The perfectly mellow tannins are a testament to the subtle alliance between wood and fruit. The finish delivers wonderful aromas of toasted bread, rancio and candied fruit. The natural colour of Domaine Tariquet’s Bas-Armagnacs comes exclusively from the ageing in oak barrels, without any caramel added. The naturally light tint is due to the alchemy between the delicately toasted oak and the eau-de-vie, thus truly respecting their natural colour.

An amber-yellow colour with a powerful bouquet dominated by nuts (almonds) and quince jelly, with notes of dried flowers and a hint of coconut which will open up as the brandy breathes. The attack is fleshy with a hint of honey. On the palate, the XO achieves a remarkable balance between fruity and woody notes, with a sustained strength of flavour. Hints of prunes, almonds and rancio build to a finish founded on toasted aromas with a subtle hint of leather.

Serve at room temperature after a good meal (it can also be enjoyed alongside a blue cheese, a crème bûlée, apple pie, a chocolate fondant), or at the end of a long day.

Run by the Arnaud and Grassa families since 1912, Domaine Tariquet has a longstanding history of developing the production of Bas-Armagnac AOC and pioneered the production of white and rosé wines from Côtes de Gascogne IGP, during the 1980s.

Pierre Artaud was born during the reign of Napoleon III in Ercé, a small village in the foothills of the Pyrenees. Ercé had a long standing tradition of training bears and Pierre Artaud was one of the best. Pierre and his bears toured France, Great Britain and eventually the United States, where he took up residency.

One of Pierre’s sons, Jean-Pierre worked as a bartender at the Lafayette in New York and had two children with his wife Pauline. Homesickness got the better of Pierre and Jean-Pierre, and in 1912 they returned to France and purchased the Domaine Tariquet, a 17th-century estate located in the picturesque hills of Gascony.

In 1946, Pierre Grassa married Jean-Pierre’s daughter, Hélène Artaud. With heads full of ideas, they took over Domaine Tariquet (with 10 hectares of vines in production) and set about developing the property by buying more land to grow corn. With their four children, Maïté, Christiane, Françoise and Yves, the family was virtually self-sufficient.

In the early 1970s, Maïté and Yves, took over the estate, which had 50 hectares of vines in production. The first decision was to bottle their Armagnac at the property instead of selling it in barrels to negociants.

In 2005, Yves Grassa, handed over the reins of the family business to his sons, Rémy and Armin. Since then, more vineyards have been either been purchased or planted, with total estate holdings expanding to 1125 hectares in production.

As wine growers (propriétaire-récoltant), all their wines and Armagnacs are produced exclusively from the estate’s vines. Local varieties such as Ugni blanc and Colombard have been preserved and developed: the first expresses notes of spices and apricot, the second offers citrus fruit and mango. But a maverick spirit and even a touch of rebelliousness seem to run in the Grassa family, who were the first to plant varieties that previously had been virtually unknown in the region such as Sauvignon Blanc, Chardonnay and Chenin Blanc.

Continuing this pioneering tradition, Yves Grassa was the first to produce sweet wines in the region from the seductive Gros Manseng and Petit Manseng grapes, indigenous varieties from the South West of France.

Armin and Rémy Grassa share the same pleasure of innovating and have created over the last two years new wines such as Amplitude, a dry Gros Manseng, and Entracte, their first sparkling white wine.

Armin said: “Amplitude is a surprising, unusual dry white wine, with beautiful tension and ample on the palate. It’s produced from Gros Manseng, an indigenous variety. Entracte is a blend of Chenin and Chardonnay for which the second fermentation takes place in a closed vat. We wanted to produce a sparkling white wine which would offer light, refreshing and very delicate bubbles. The alcohol level also had to be low; the 2018 vintage is only 10.5%, like Domaine Tariquet Classic”.

Armin and Rémy remain strongly attached to the production of Armagnac which covers about 10% of the family-owned vineyards. This way, the estate’s hundred-year-old cellars quietly safeguard about 5,000 barrels of Armagnac which is slowly ageing.

Both brothers share the same passion and vision. Armin underlines that “they consider it to be their duty to preserve and look after Domaine Tariquet’s soils to pass them on to the next generation in the best conditions”.