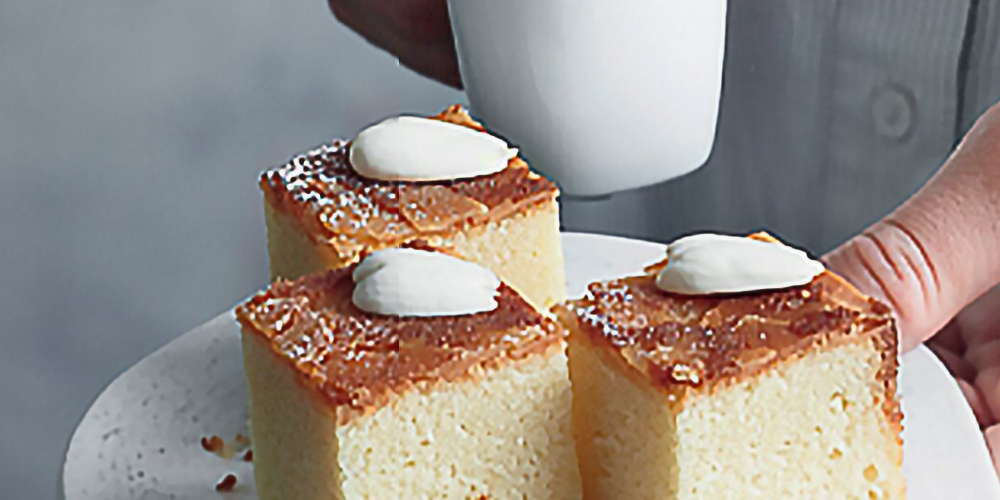 Cut this French almond cake into bite-size rectangles, and add them to your teatime spread as a decadent treat.

1Preheat the oven to 400°F/200°C/Gas Mark 6. Grease the pans with butter and line the bases with the rounds of parchment paper to prevent the cakes, which are fragile, from sticking. Press the sliced almonds around the sides of the pans, removing any that do not stick.

2Beat the marzipan on slow speed in the bowl of the stand mixer until malleable and smooth. Add the eggs, one by one, and beat for five minutes on medium speed after each addition. Scrape down the sides of the bowl as needed. The mixture should be light and airy.

3Melt the butter in a saucepan until foaming. Remove from the heat . Whisk in about one quarter of the marzipan mixture, then the Grand Marnier and rum.

5Bake for 10 minutes, then reduce the oven temperature to 350°F/180·°C/Gas mark 4 and bake for an additional 20 minutes, until the cakes are golden and the tip of a knife inserted into the centre comes out clean.