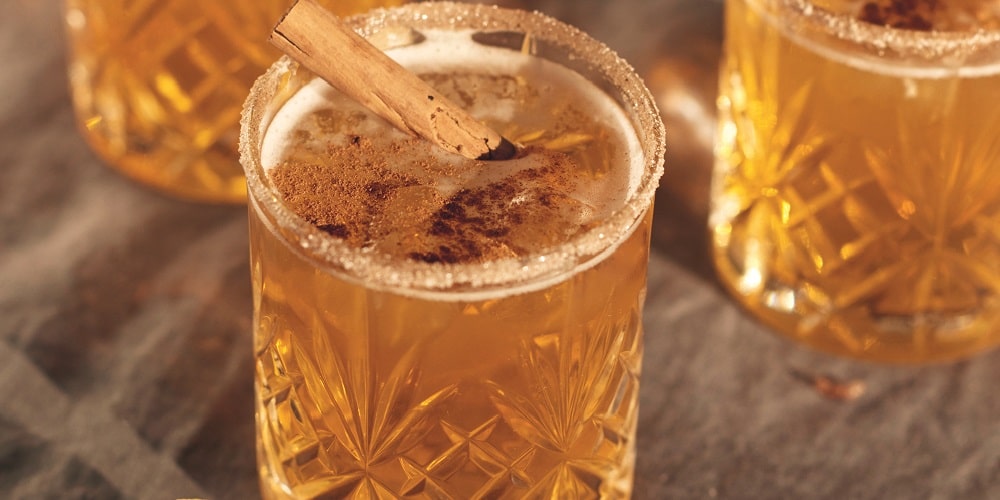 Get into the Christmas spirit with Héloïse Brion’s version of some festive cider.

1In a small, shallow bowl, combine the sugar with 6 pinches of cinnamon.

2Wet the rim of each of 8 glasses and dip into the cinnamon sugar.

3Carefully fill the glasses halfway with cider and top off with champagne or prosecco.

4Add a few large ice cubes to each drink and sprinkle with the remaining cinnamon.

5Garnish with the cinnamon sticks and serve immediately.