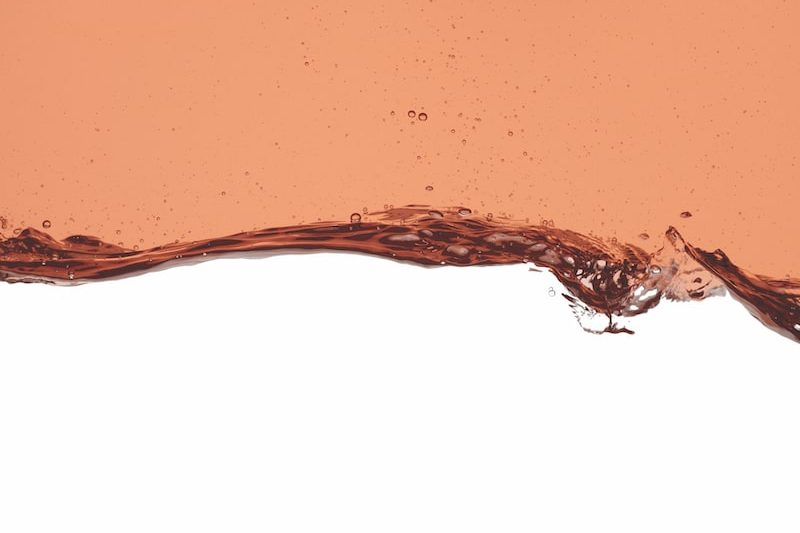 Pale is in, dark is out – but some winemakers are determined to fight the trend and bring the darker, more complex rosés back into favour, says Patrice Bertrand

“In my opinion, pale rosé is rosé for tourists. The first thing tourists do here is to look at the colour. And if it’s too dark, they often don’t even want to taste it,” says Christian Ruffinatto, contemplating the beautiful deep salmon colour of the rosé he produces at his estate in Ménerbes, in the heart of the Luberon.

Ruffinatto is one of a few winemakers in Provence trying to buck the now well-established trend for increasingly pale rosés, churned out by such PDOs as Côtes de Provence, Coteaux d’Aix-en-Provence or Coteaux Varois – who between them are the largest producers of rosé in France and, in fact, the world. For the last 10 years, most winemakers in the South of France, anxious to adapt, have continually lightened the colour of their rosés.

Even Tavel, long considered the best rosé in the world, is experiencing something of an identity crisis in the wake of its dark rosés’ fall from grace. In other parts of France, such as Languedoc and Bordeaux, more and more winemakers are hopping on the ‘lightening’ bandwagon. “I resist because I like contradiction,” jokes Ruffinatto, before adding: “In fact, I particularly like making ‘terroir’ wines and I believe that rosé is a real wine to accompany a meal and is not only for drinking by the poolside. Years ago, my rosé was even darker but I had to go a little lighter to comply with the trend. However, if I can get more land to plant vines, I will not hesitate: I will make another rosé, even darker. I will have two rosés: one pale for tourists, one dark for the table.”

NOT EVERYBODY LIKES PALE ROSÉS

Winemakers like Ruffinatto, who produces only 7,000 bottles of rosé a year, are on a difficult playing field: all recent studies show that the majority of consumers have no interest in the more complex and full-bodied dark rosés.

“The general trend is towards a lighter hue, towards the pale part of the colour chart that we publish with the colours of available rosés,” says Matthias Bougreau, from the Rosé Centre in Vidauban, in the Var département, the only research centre in the world specially dedicated to rosé wines. The reasons for his evolution are diverse. “The technology, driven by the Côtes de Provence, has evolved and allows better control of colour. Also, there is an aesthetic and psychological aspect. For example, the customer is often convinced that the paler a rosé is, the less alcohol it contains, which is false,” observes Pierre Bouché, from the Demazet cooperative winery in Mazan, north of Provence.

“Despite the trend, we continue to make a dark rosé because not everybody likes the pale ones: the more we go north in France and Europe, the more people love the darker rosés, especially Belgians and Germans. Here, pale rosés attract mainly a French clientele, especially women and young people.”

At Château de Clapier, in Mirabeau, between Manosque and Aix-en-Provence, Thomas Montagne also caters to the small market of dark rosé lovers.

“I’m just at the limit of the Coteaux d’Aix but I’m in the Luberon PDO,” he says. “Here, traditionally, winemakers made rather dark rosés. My customers often tell me, ‘I don’t like rosé’. I say, ‘Wait, taste this, you’ll like it’. I’m sure that if my rosés were tasted in black glasses, people would think they are drinking a red. The pale rosés are certainly superb in their colour and very pleasant to look at, but I find that they have a slightly short finish. Unfortunately, I too tend to make my rosés paler. The market is asking for lighter-coloured wines and you have to make a living.” How will this end?

“The light rosés represent 90 per cent of my cellar, the dark ones only 10 per cent. This reflects the reality of today’s market. But I think that the dark rosés will endure because it’s what one prefers to drink with more structured dishes. And then, it’s quite possible that in 50 or 100 years the trend will be reversed. Let’s not forget that we live in a society of consumer trends.”