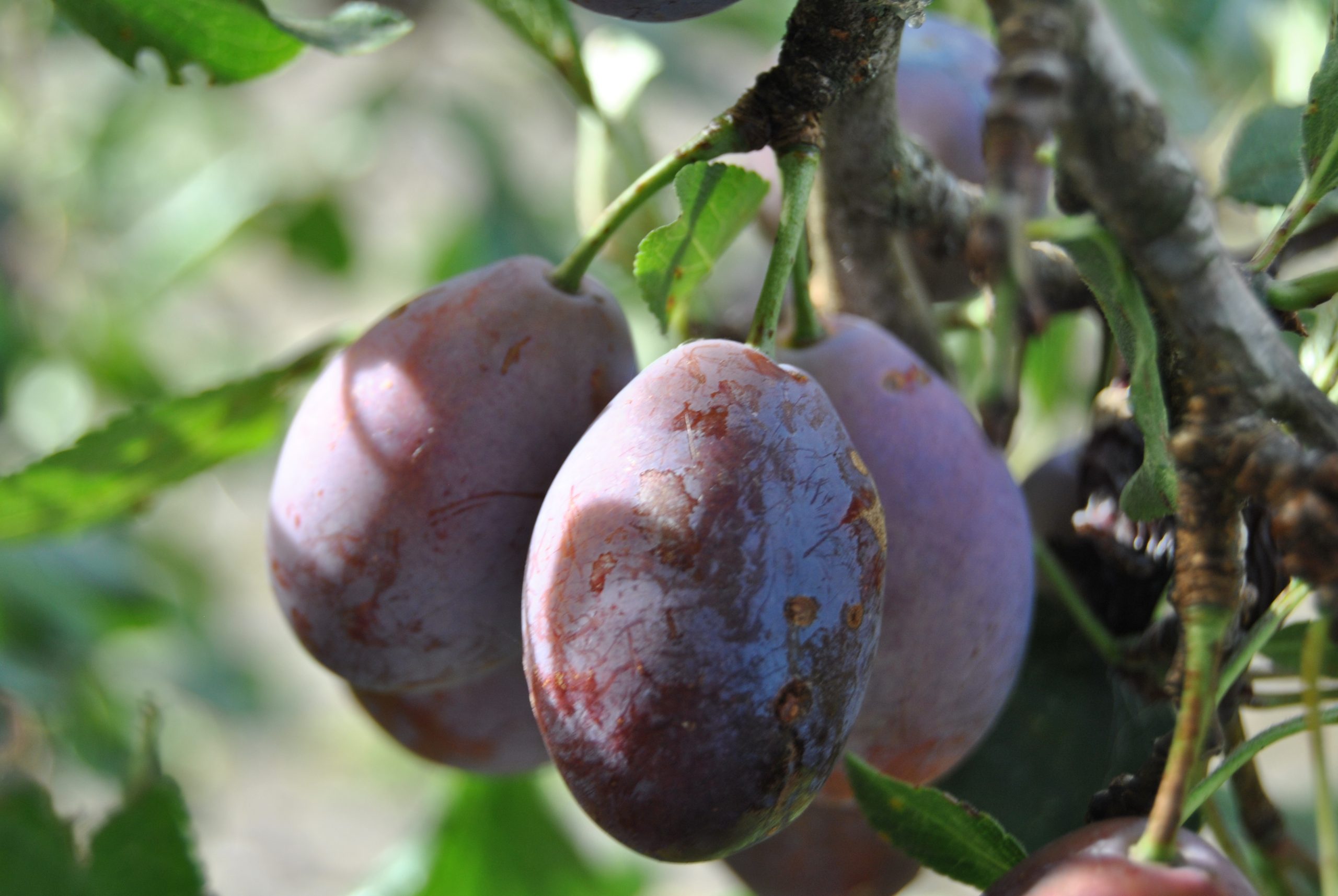 Right now, around 1,140 producers, plus a host of seasonal workers, are wiping their brows as the end of the Ente plum season comes to an end.

Plums are originally from China but have been grown in Frances since the Middle Ages. These days, the Ente plum is grown in the Lot-et-Garonne, as well as the Gironde, the Dordogne, the Lot, the Gers and the Tarn-et-Garonne. Some 76 per cent of the production is carried out in the Lot-et-Garonne between mid-August and mid-September, and it is these plums which are destined to become Agen prunes.

Agen, in the Lot-et-Garonne, is known as the ‘prune capital’ of France and these prunes were awarded PGI status in 2002. This means all stages, from harvesting in orchards to drying and packaging centres, are carried out in this geographical area. There are strict rules –such as maintaining the tree’s symmetrical pyramid shape!

To ensure sweet prunes, it is essential to pick them when ripe – you can tell if they’re ripe as they should fall easily when you shake the tree!

Next comes the drying step, which consists of lying the fruit on thin grids called racks and placing them in a highly ventilated drying tunnel for 20 to 24 hours.

To obtain 1 kg of Agen prunes, it takes an average of 3-3.5 kg of Ente plums. There are two types of product under the PGI: the ‘mi-cuit’ prune, which is dried until it reaches a level of 35% moisture; and the over-humidified prune, whose rehydration has been prolonged so that it is smoother and softer. These are the more common variety, with ‘mi-cuits’ accounting for only three per cent of the market.