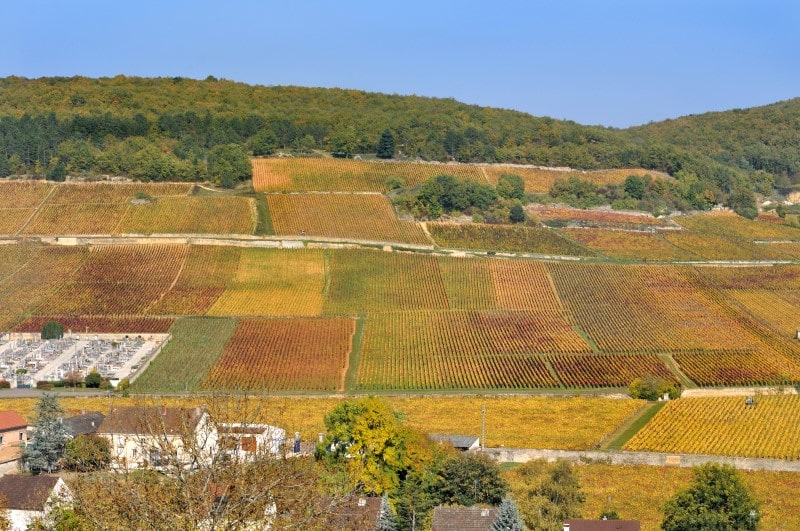 If you’re anything like us you’re counting the days until you can hop on the plane or ferry and say bonjour once more to beautiful, and delicious, France.

For a little inspo for your next trip, we thought we’d uncork three of the Hexagon’s best wine routes. The freedom of the open road, glorious scenery and far from the madding crowds – it’s the perfect way to explore France and enjoy some of her magnificent wines. But only when you’re not getting back behind the wheel, of course!

This world-famous region is home to the likes of Châteaux Lafite and Margaux, so you’ll be in excellent company. It’s a fascinating terroir, split by the mighty Gironde river, with its Left Bank terroir famed for its gravelly topsoil and its Right Bank offering a gently undulating landscape with more clay. Then there’s Entre-Deux-Mers, the largest sub-region of Bordeaux, so named because it falls between the Gironde and the Dordogne − which may be rivers, rather than seas as the name might suggest, but are tidal nonetheless. In fact, you can even surf on the Gironde!

You can even theme your trip to suit your non-wine-related interests, such as the châteaux trail, covering 80km in the Médoc, or the history trail which features UNESCO World Heritage Site Saint-Émilion.

Our highlight for summer 2021?Head to Château Ambe Tour Pourret, in Saint-Émilion, in July and August for a blissful Sunday afternoon barbecue (with wine, of course), followed by lounging in the sun and, at 4pm, a tour of the estate and a tasting of wines paired with cheeses and chocolates.

The Climats of Burgundy have been listed by UNESCO as having “outstanding universal value”. Not sure what they even are? Well it’s time to get up to speed as there are an impressive 1,247 of them! Allow UNESCO to put you in the picture: “The Climats, terroirs of Burgundy, are small, precisely delimited parcels of vineyard located on the slopes of the Côte de Nuits and the Côte de Beaune, natural hillsides with clay-limestone soils of extremely variable composition extending 50 km south of Dijon up to Maranges.

“The vineyards of the Burgundy Climats are the birthplace and living archetype of terroir vineyards with the particularity of closely associating the gustatory quality of their production with the parcel from which it originates. In Burgundy, since the High Middle Ages, under the impetus of Benedictine and Cistercian monastic orders and the Valois Dukes of Burgundy, the identification of wine with where it was produced has been pushed to the highest degree, giving rise to an exceptional system of land parcels. The many vintages resulting from this mosaic, issued from two unique varieties (Pinot Noir and Chardonnay), illustrate the extreme diversity.”

The 60km Route des Grands Crus will lead you through some of the most lauded vineyards of Burgundy, via Dijon and Beaune and through the Côte de Nuits and Côte de Beaune, with oodles of pretty villages along the way.

Watch out for…  the cabotes, small limestone huts which were traditionally used to store tools, enjoy a snack and a nap, or shelter from the elements.

Alsace is the granddaddy of all wine routes, having launched all the way back in 1953. It wends its way through 170km, riddled with picturesque hills and 70 winegrowing villages, where you can get to know all about the winemaking traditions of the region with the help of almost 1,000 wine producers. Home to 51 Grands Crus and the delight that is Crémant d’Alsace, if cycling’s your thing, this is the perfect way to explore the terroir.

Don’t miss… Pfifferdaj. Yes, it does sound like we’ve had too much wine, but actually it’s the Fiddler’s Festival, due to take place on September 4 and 5, 2021. Alsace loves its festivals and this one is the oldest in the region, dating back to the Middle Ages. So pop the date in your diary and enjoy a spectacle of peasant misfortune, weird and wonderful animals, and other aspects of Medieval life.