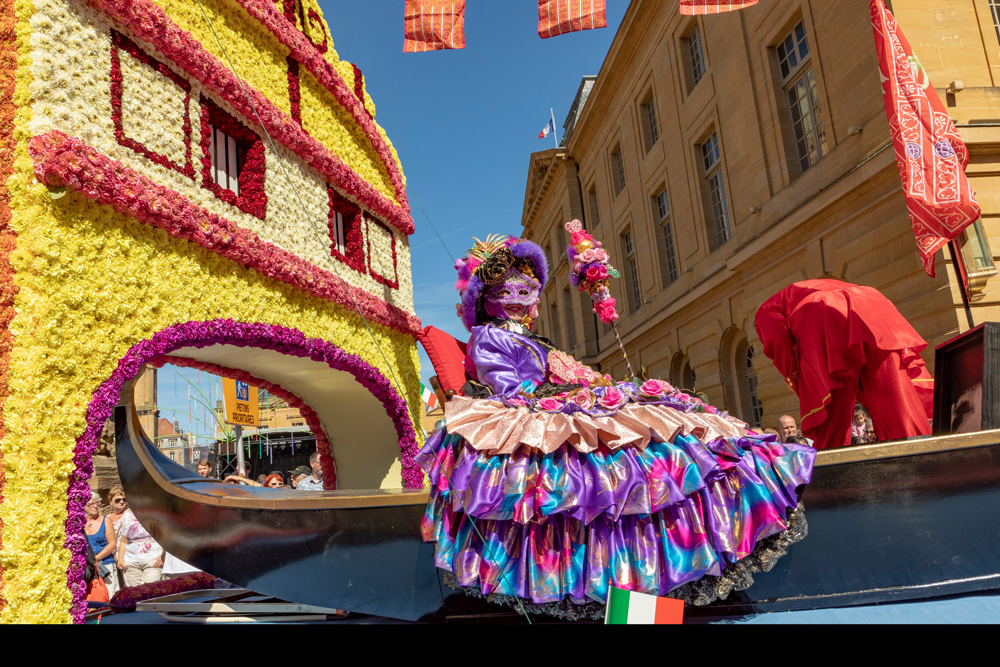 Autumn has certainly got her bags in the hall, which means we can look forward to a raft of festivals celebrating the harvest around France, and one of the earliest is the Fêtes de la Mirabelle in Metz where the glorious golden Mirabelle plum is put firmly centre stage.

Head to the Esplanade and lakeside in Metz from August 20 to 28 this year for Lorraine’s biggest celebration of music, drinking and eating! This year is the 72nd edition of this beloved festival and organisers have revealed some brand new treats, such as the Mirabelle Pie Contest, organised in connection with the Syndicat des Boulangers de Metz et Environs, which will, we’re happy to report, involve tastings by the public – although a jury of professionals will make the final decision on the winner.

Then on the Sunday, a Great Nautical Parade with a theme of the birds of the sky will see flower-festooned boats glide across the lake, powered 100 rowers from the four corners of the Grand Est. A giant dove in the colours of Ukraine will act as a symbol of peace.

And of course, there are the festival favourites which return again, such as the coronation of the Mirabelle Queen and the Grand Jardin Mirabelle, transformed into a guinguette, where you can enjoy some refreshments and play a game of pétanque. A fireworks display, and a pyrotechnic and musical show on the theme of water and fire will illuminate the lake, plus there are concerts galore, food stalls showcasing local specialities and plenty of chances to enjoy a dégustation. Don’t miss the Market of Flavours and Arts, which will run from August 26 to 28 with 80 daily exhibitors.

And then on September 4, the Montgolfiades de Metz hot air balloon festival will fill the sky around the lake with a thousand colours. A sight not to be missed!

For more, visit metz.fr where you can see the full programme for the 2022 Fêtes de la Mirabelle.