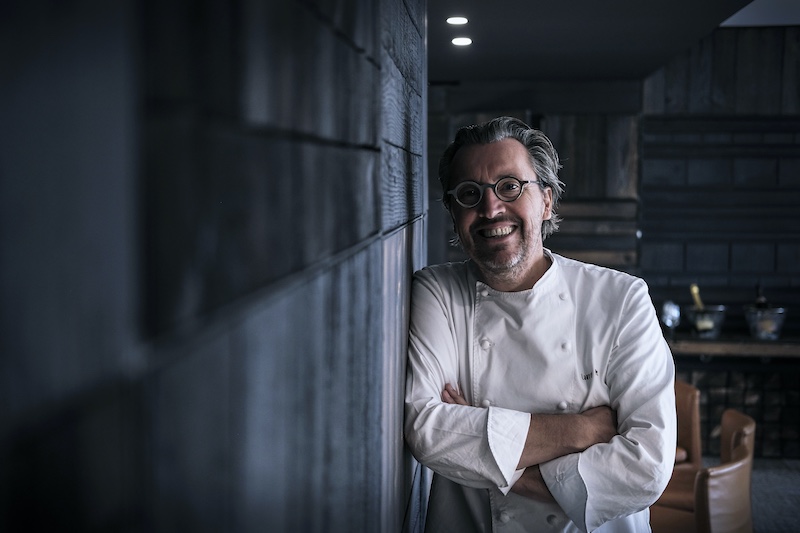 France is in lockdown and restaurants are closed. However, several chefs have decided to keep working and are cooking meals for three of Savoie Mont Blanc’s main hospitals.

This initiative was launched in Paris first, by Guillaume Gomez, who has been the Elysée’s chef since 2013. Twenty chefs in Savoie Mont Blanc have decided to follow it and are cooking 1,200 meals every Sundays for doctors and nurses, but also for all the hospitals’ workers such as the cleaners, people working in the admin and security departments, etc.

Among those 20 chefs, there are three Michelin starred chefs: Julien Machet from Le Farçon in La Tania (one star), Clément Bouvier from Ursus in Tignes (one star) and Mickaël Arnoult from Auberge Les Morainières in Jongieux (two stars). The chefs buy from local producers who are not able to sell their food on the markets anymore.

In Annecy, five Michelin starred chefs have joined forces to create a team and cook five meals for their local hospital:

They work hand in hand to produce delicious and nutritious meals, using local produces such as fishes from Annecy lake, vegetables and plants from their own gardens, local cheeses…

‘We want to pass our savoir-faire and enthusiasm to comfort people who are working in this crisis to save lives.’ says Jean Sulpice on Radio Mont-Blanc.

The first menu was created by Jean Sulpice (served on 2 April):