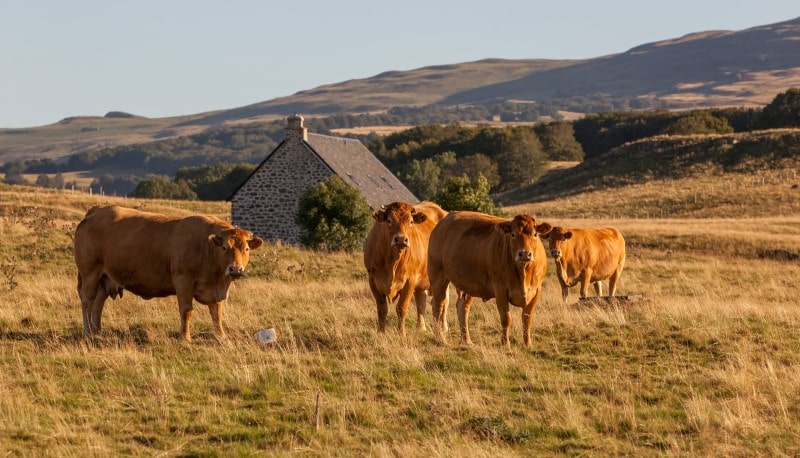 For an astonishing 2,000 years, Salers has been produced in the pretty village of the same name in the Cantal (also a famous local cheese!) département of the Auvergne.

The cheese, which is made exclusively on the farm from 100% raw cow’s milk, was awarded Appellation d’origine protégée (AOP) status in 1979.

For centuries, the production of Salers punctuated the life of its producers: from spring to autumn, farmers isolated themselves in the mountains at nearly 900 metres above sea level so the cows could graze on the lush mountain pastures. During this period, they lived in burons, stone buildings typical of the Auvergne landscape, which can still be seen today.

These days, methods have changed a little – some producers still isolate themselves for months in the burons, but most take it in turns so they don’t have to live in solitude for such long periods.

However, one thing that has remained steadfastly the same for two millennia is the way the cheese is made. From April 15 to November 15 (these dates are specified in the AOP listing), cows graze in the meadows in the heart of the volcanic Cantal massif with its diverse and abundant flora. The raw milk is transported in a gerle (wooden container) to the farm where the magic happens, before the cheese is given to affineurs for the final ripening stage, which can last from three months to two years.

The ‘Salers-Salers’ cheeses are made from milk of different dairy breeds such as Montbéliarde, while the ‘Salers Tradition’ is made purely from the milk of the local Salers breed by only a dozen producers. Its taste is slightly more pronounced than Salers-Salers. This production uses a very specific know-how – the calf has to be during milking or the mother won’t give her milk!

The tomme de Salers is a cylinder about 40 cm in diameter and weighing between 35kg and 45kg. Each is unique in taste, depending on the fauna and flora where the cows grazed, but aromas include grass,hay, nuts, hazelnut and citrus butter and fermented cream. Délicieux!