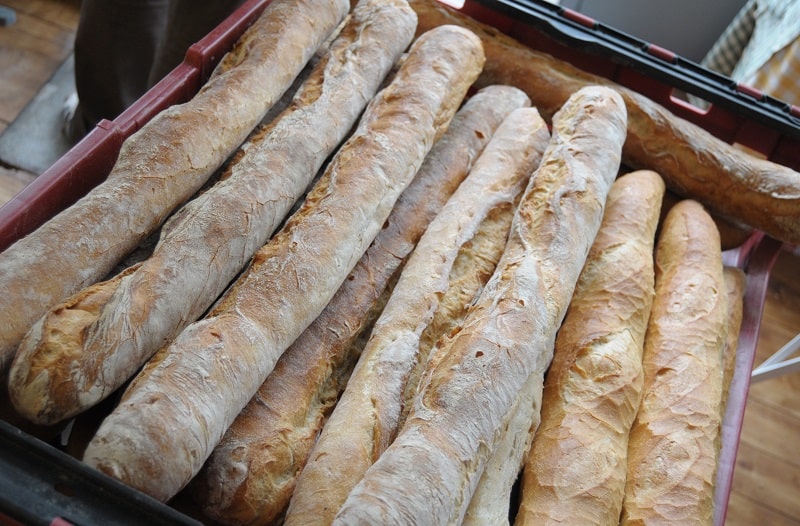 American historian and world-renowned bread expert Steven L Kaplan has made an impassioned plea to save the French baguette from extinction.

In his new book, Pour le Pain, Kaplan explores the demise of the baguette from a delicious, nutritious staple of every family household to a pale, tasteless shadow of its former self. Once revered, its price as important as that of petrol today, the baguette has become little more than a neglected afterthought, he warns.

Currently, the French consume just a 10th of the amount of bread they ate in the mid-19th century. Kaplan, who is considered the world’s no. 1 expert on French bread, says the biggest decline in standards took place through the 20th century: as good quality meat and vegetables became accessible to all, bread began to take a back seat. Mass production led to cheaper bread, and bakers tried to keep up, sacrificing traditional methods in favour of shortcuts in a bid to remain commercially competitive. Yeast and baking powder took over from old-fashioned fermentation methods and as a result, flavour fell by the wayside.

In the introduction to his book, Kaplan writes: “Everyone is for bread, said Diderot, one of the Enlightenment’s masterbuilders, because it exudes a ‘feeling of humanity’. We are attached to it, like air and water, because it is necessary for us and we are entitled to it… Not only is bread no longer necessary in the vital sense, but for many people it arouses neither curiosity nor appetite; both as a food and as a symbol, it seems obsolete. In the age of the internet, the smartphone and the popular junk food, bread seems, in a word, to have become cheesy. This erasure of bread, this deterioration of the culture of bread, saddens and worries me.”

While Kaplan acknowledges that there is a growing movement among boulangers to return to almost-forgotten ancient grains such as spelt, and a new-found love of artisanal, organic, slow baking methods, it is not enough, he says, offering only a privileged well-to-do few in fashionable areas the chance to enjoy ‘proper’ bread.

In an article in Le Figaro this week, the newspaper wrote: “… if bread is no longer an essential part of our diet, it must once again become one of the pillars of our gastronomic culture. This is what Steven L Kaplan wants from France, and we can only subscribe to this delightful plan.”

How to spot a good baguette…

The crust should be of a rich colour and robust in texture with deep slits on top.

The bread should be almost grey rather than bright white and should be fleshy in the mouth.

It should have an intense, complex aroma and a lengthy finish.