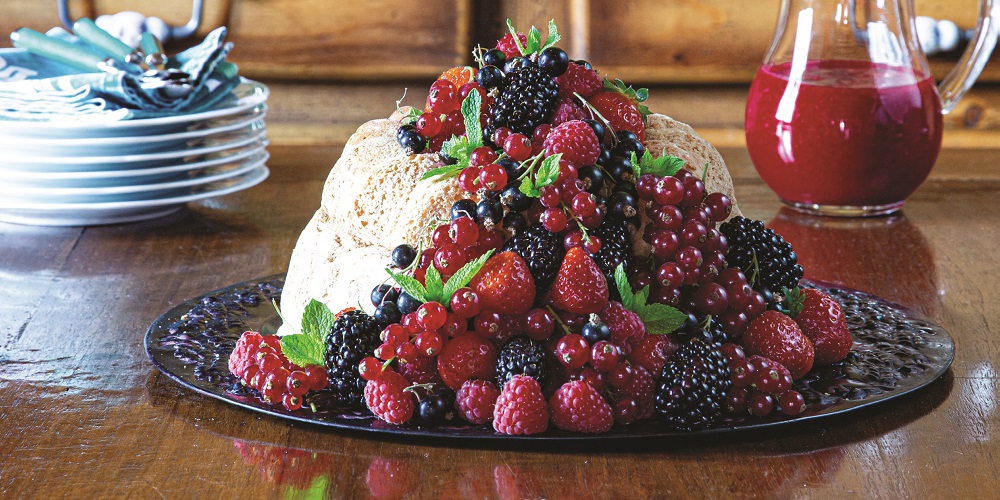 Gâteau de Savoie, sometimes called Biscuit de Savoie, was invented in 1358 by the pastry chef of the Duke of Chambéry, when he was asked to make a cake “as light as a feather” for the emperor.

It’s a great cake to make at short notice as the ingredients are generally in the cupboard. It can be used as a straightforward cake to have with coffee or tea, or here used it as a dessert.

1Grease the inside of the mould with melted butter and then sprinkle with flour.

2In the bowl of a mixer, whisk together the yolks, the whole eggs, lemon zest and 200 g of the sugar until it reaches the ribbon stage.

3In another bowl, whisk the whites until just stiff and add the rest of the sugar.

4In the first bowl, add the sifted flour and mix gently with a large spatula and then gently mix in the whites.

5Fill the mould with the mixture and cook for about 40 minutes until golden and firm to touch.

6Take “le biscuit” out of the mould and place on a wire rack.