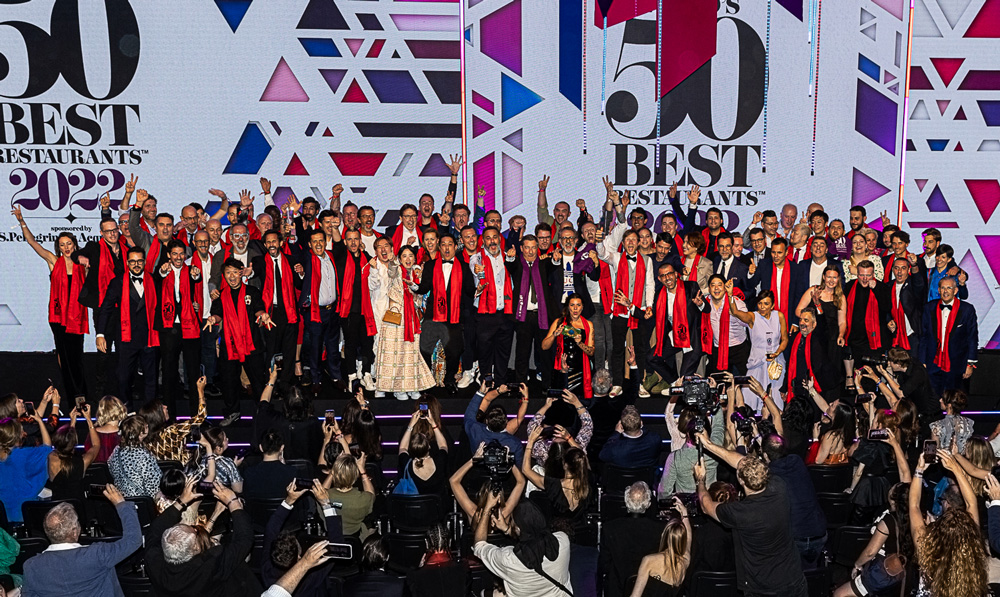 France may be the culinary capital of the world, but once again Denmark has scooped the top spot in the World’s 50 Best Restaurants awards.

The 2022 ceremony, held in London and hosted by Hollywood actor Stanley Tucci, honoured gastronomic excellence across five continents before naming Copenhagen’s Geranium as The World’s Best Restaurant 2022 and The Best Restaurant in Europe 2022. It takes over the No.1 position from Noma, which is also in Copenhagen.

France has three restaurants in the Top 50, all in Paris. Michelin-starred Septime, helmed by chef Bertrand Grébaut, came in at number 22. This restaurant on rue de Charonne in the 11th arrondissement prides itself on its imaginative use of market-garden produce and sustainable meat and fish.

At no. 28, we have the Le Clarence, which has two stars. Michelin inspectors said: “This superb 1884 mansion close to the Champs-Elysées is home to the rare creative talent that is Christophe Pelé (formerly chef at La Bigarrade, in Paris), who turns the association of land and sea into an art form. The ‘surprise’ tasting menu, composed according to the market and the chef’s inspiration, is a highlight.”

And the third Paris restaurant to make the 50 Best is Arpège at no. 31. Arpège boasts three stars and was described thus by Michelin inspectors: “A new winter garden-style decor (in the form of a fresco evoking the gardens so dear to the chef’s heart) for this restaurant where diners can enjoy dazzling ‘vegetable-based’ cuisine prepared by a chef and gardener who loves the produce of the terroir. In fact, he grows his own in his three vegetable gardens specially set up for him in the west of France.” Chef Alain Passard himself says: “Since 2001, vegetables have reigned supreme at Arpège and the seasons give the tempo to our cuisine. It is nature that has written the finest cookbook.”

A final mention must go to Marseille restaurant AM par Alexandre Mazzia, which won the American Express One To Watch Award. This triple-Michelin-starred restaurant has been praised by Michelin inspectors for its ‘audacity’ and African influences, courtesy of Mazzia having lived in Congo until he was 14.