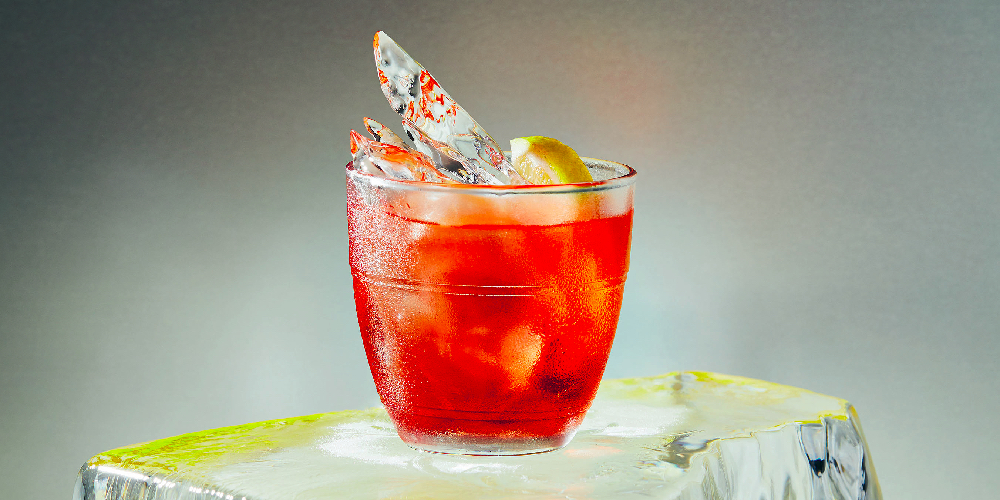 This drink is attributed to Erskine Gwynne, ‘cherub-faced and rumpus-raising’ scion of the Vanderbilt clan, once the richest family in America. Like many Americans partial to a tipple and with the means to afford a ticket, Erskine left prohibition-era New York and crossed the Atlantic to raise rumpuses in the drinking dens of Europe. He moved to Paris where he frittered away his share of the family’s fortune by publishing a magazine called Boulevardier, named after the French word for a man-about-town frequenting fashionable boulevards and their bars at his leisure.

Ostensibly, Boulevardier was a ‘literary’ journal but, in fact, it was more of a gossipy society mag aimed at dissolute expat boulevardiers such as Erskine himself. Erskine drank at fellow New Yorker Harry MacElhone’s eponymous Harry’s New York Bar where he rubbed elbows with predictable regulars such as F. Scott Fitzgerald, Ernest Hemingway, Noël Coward and James Joyce, all of whom had work that appeared in the magazine. In his 1927 book Barflies and Cocktails, Harry credits Erskine as inventing this drink.

The Boulevardier is essentially a Negroni where the gin is replaced with bourbon whiskey, giving the drink a macho depth invoking wood and leather. The original was equal measures of each ingredient, and that’s what I prefer, although more modern recipes often double up on the bourbon. I see no reason not to use other whiskeys if that’s what you’ve got to hand. In fact, I prefer mine made with a peaty whisky such as Laphroaig which is less sweet than most bourbons and brings a pleasing smokiness to the drink.

1Pour the Campari, whiskey and vermouth over ice in a rocks glass or tumbler and garnish with lemon peel.

Want more? Order this wonderful book by clicking the link below!﻿