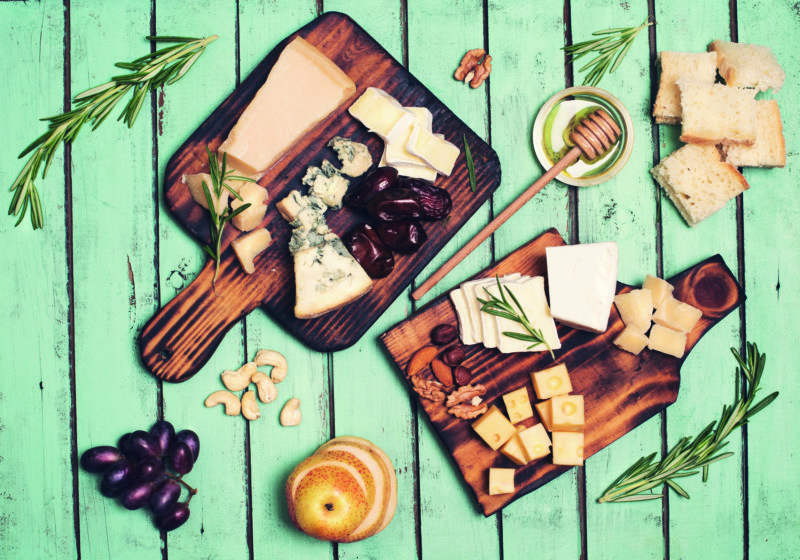 CHEESE, GLORIOUS CHEESE! We all have our favourites, and France’s diverse regions provide a variety of noteworthy fromages. Among those countless gems are a few real stinkers, renowned the world over for their olfactory muscle. But keep in mind: smell is relative. One man’s “stinky” is another’s “Oui, encore!”.

Let’s begin with Normandy’s full-flavoured Livarot. A member of the washed-rind family, “the Colonel” (so nicknamed for the red raffia bands that encircle the rind) is dipped repeatedly in a brine solution during ageing, resulting in a brown-orange rind and bold tang reminiscent of hay and ‘eau de barnyard’.

Northern France’s Maroilles, aka Vieux puant (old stinky), certainly lives up to its nickname. Relatively mild when young, this washed-rind beauty is nothing short of eye-watering after a few short weeks of ageing.

One of France’s oldest monastery cheeses, Munster is also one of Alsace’s boldest. Although today’s Munster is considered a quintessentially French cheese, it was originally made by Irish monks following a method taught to them by visiting Italian Benedictines. The delicious and completely edible rind is washed and brushed in brine and annatto, which contributes to its trademark brick-red hue. The flavour is yeasty and reminiscent of fried eggs. Definitely not for the timid, there is also a pungent version covered in cumin seeds.

Head to Burgundy for one of the country’s most notorious nose-wrinklers, Époisses. It may be best to work your way up to this one. Created by Cistercian monks in the 16th century, Époisses steadily grew in popularity before nearly vanishing after WWII. Thankfully, it was resurrected by one Monsieur Berthaut in 1956. Easily distinguished by its cross-hatched patterned orange rind, washed with a mixture of water and Marc de Bourgogne, it is chock-full of stableyard aromas and earthy flavours. Napoleon reportedly paired Époisses with Chambertin wine.

But no discussion on assertive French cheeses would be complete without mentioning Roquefort. This blue-veined number from southwest France may not be as attention-grabbing as the others upon first whiff, but the sharp sting of a Roquefort on the palate will make you take notice. Salty, almost to the point of ‘anchovy-like’, the creamy, slightly grainy texture is deeply satisfying.