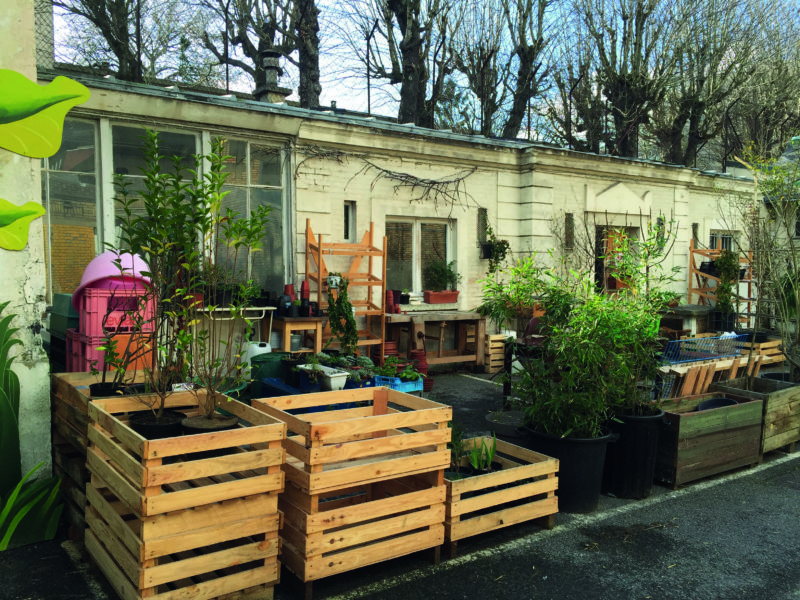 OF ALL THE ARRONDISSEMENTS to harbour a secluded utopian village, the 14th is perhaps the likeliest. A bohemian neighbourhood best known for its Montparnasse district, former stomping ground of the starving 20th-century painters and poets, it’s here that a creative resurgence is taking place today… and coaxing out the more green-fingered members of society.

It starts, unexpectedly, with an abandoned hospital. Standing grey and solemn on avenue Denfert-Rochereau, l’Hôpital Saint-Vincent-de-Paul is shrouded in mystery. Established as a refuge for orphaned children in the 17th century, and continuing its life as a child welfare and maternity hospital in the years since, in 2005 it was the site of a most gruesome discovery (we’ll spare you the details) in one of its laboratories. In 2010, it closed its doors.

Suddenly, the unfortunate building’s future looked as bleak as its past. However, after being sold to the city of Paris itself, which handed the reins over to a triad of urban organisations, new life was breathed into this sorry pile.

Essentially a community project started in 2015, Les Grands Voisins brings together social housing and artistic minds to form a public space benefitting everyone. As well as the entertainment aspect (visitors can enjoy a bar, restaurant, live music and much more), a strong agricultural programme offers education and work for idle hands. Repurposing the hospital’s neglected greenhouse, seedlings are now grown here for shared vegetable gardens before the produce is sold on site.

How poetic that this crumbling place of care with such a murky history could be revived as a nucleus of growth and hope. www.lesgrandsvoisins.org