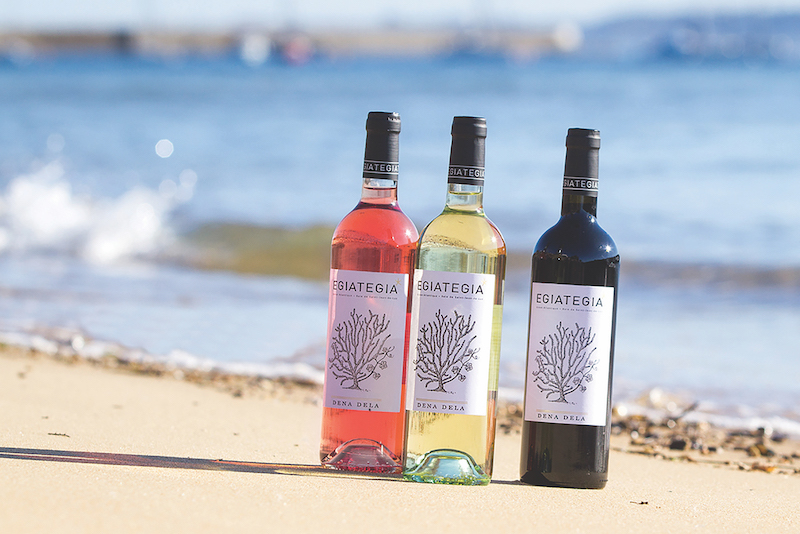 Maturing wine under the ocean or at the bottom of a lagoon can enhance the flavour, making for a great vintage. Dominic Bliss dives into the latest trend rocking French oenology

Any wine connoisseur worth their salt will need somewhere to store their precious collection: garden sheds, coal bunkers, understairs cupboards, an expensive spiral cellar specially dug beneath the kitchen floor. Any will do… But some may be surprised to learn that their wine has already been kept in a rather more bizarre place – deep under water.

It’s not just a gimmick: major wine producers such as the champagne houses Veuve Clicquot and Louis Roederer, Bordeaux’s Château Larrivet Haut-Brion, and Domaine Julie Benau on the Mediterranean coast have all been getting in on the act. They claim that the submarine conditions – stable temperatures, constant pressure, no oxygen contamination, and no ultra-violet light – all make for a fine vintage.

According to experts, one of the key factors is that the lees in the wine (the dead yeast particles that form a er fermentation) are constantly rocked by the motion of the ocean, ultimately creating a superior taste.

Leading the way in this revolutionary experiment is viticulturist Emmanuel Poirmeur, owner of L’Atelier Egiategia, based in Ciboure, close to Biarritz, in the French Basque Country. Every season, after harvest, he employs a team of mariners – plus a crane and an aquatic robot – to take several dozen specially designed tanks of his wine and submerge them 15 metres beneath the Bay of Saint-Jean-de-Luz, protected from the ocean by a huge stone breakwater. Three months later, the tanks are brought back to the surface. Lightly sparkling white, red and rosé versions are available in two different vintages, called Dena Dela and Artha. Most years, around 400 litres of wine are laid down beneath the sea.

“We only need three months to achieve our second fermentation with the undersea vats, which are constantly stirred by the swell coming in from the Atlantic,” says Poirmeur’s colleague Julien Binet. “The yeasts, which are placed under pressure and permanently stirred, develop unique flavours which they wouldn’t do if stored on dry land. So our wines reveal a profile that is fruity, lively and acidic, pleasant but surprising.”

As you’d expect in the rather snooty world of French oenology, there are more than a few cynics who frown on this newfangled maturation process. The situation isn’t helped by the elevated price tags caused by the extra logistics of submerging the wine and then bringing it back to the surface.

Nevertheless, some of the French wine industry’s biggest names have been dipping their toes (and their wines) in the water. Back in 2010, a cache of 170-year-old Veuve Clicquot champagne was retrieved from a shipwreck at the bottom of the Baltic Sea – still drinkable and rather tasty. Encouraged, the champagne house decided to experiment by submerging a new stash of bubbly off the coast of Finland.

Fellow champagne producer Louis Roederer liked the sound of this and followed suit by submerging some of its brut premier in the sea off Normandy. Over the other side of the country, Bordeaux producer Château Larrivet Haut-Brion sunk some of its red wine in a huge barrel at the bottom of Arcachon Bay. And in the Hérault, Domaine Julie Benau regularly stores its Picpoul de Pinet in an oyster bed in the Étang de Thau lagoon.

Even the cynics have to admit that this unusual form of maturation is a stroke of marketing genius. And the team at Egiategia know this better than anyone. “Our wines are unique and unforgettable,” they claim. “They will surprise you, question what you thought you knew about wine, and allow you to dream. It’s a crazy human and oenological adventure.”