Home Trending The true story of the Champignon de Paris 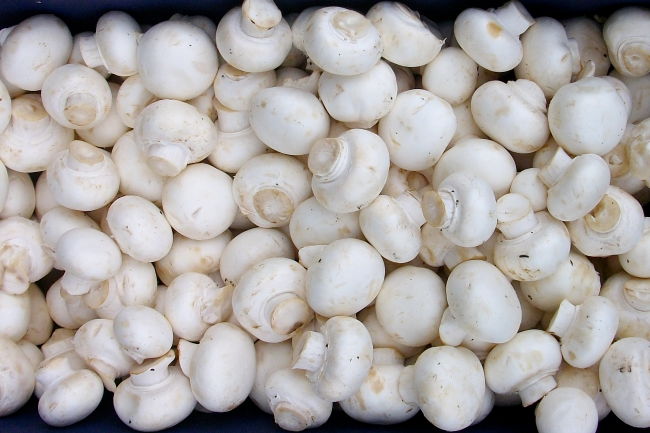 Have you ever wondered why the French call button mushrooms ‘champignons de Paris’? Especially when they’re mainly grown in the Pays de la Loire…?

The story goes that it was at Versailles where, in the 17th century, legendary gardener to Louis XIV Jean-Baptiste de La Quintinie cultivated the humble mushroom and served it successfully at the king’s table. By the 19th century, mushrooms were being grown in cellars in the capital and in abandoned quarries south of the city, where thousands of tonnes were being produced. Then came the building of the Metro at the turn of the 20th century, and the mushroom farms were relocated to the Pays de la Loire – taking their name with them.

The oldest known evidence we have of the button mushroom – or Agaricus bisporus, to give it its Latin name – is in Ancient Egypt where it is depicted on a pharaoh’s tomb dating back to about 1450 BC. The Romans were rather partial to them as well.

It was French agriculturist Olivier de Serres who at the start of the 17th century worked out that spreading mycelia led to more mushrooms growing, and French botanist Joseph Pitton de Tournefort in 1707 who first described its commercial cultivation. It was a tricky and not altogether healthy business back then, with mushrooms harvested from manure and other unsanitary matter. It was not until 1893 that, courtesy of another Frenchman, sterilised cultures were able to be used thanks to the Pasteur Institute in – where else? – the mushroom capital of Paris.

Although button mushrooms are available all year round, their peak season is October and November. From risottos to omelettes to raw in a salad (drizzle them with lemon juice to stop them turning grey), they are supremely versatile – no wonder more than 115,000 tonnes were produced in France in 2019!