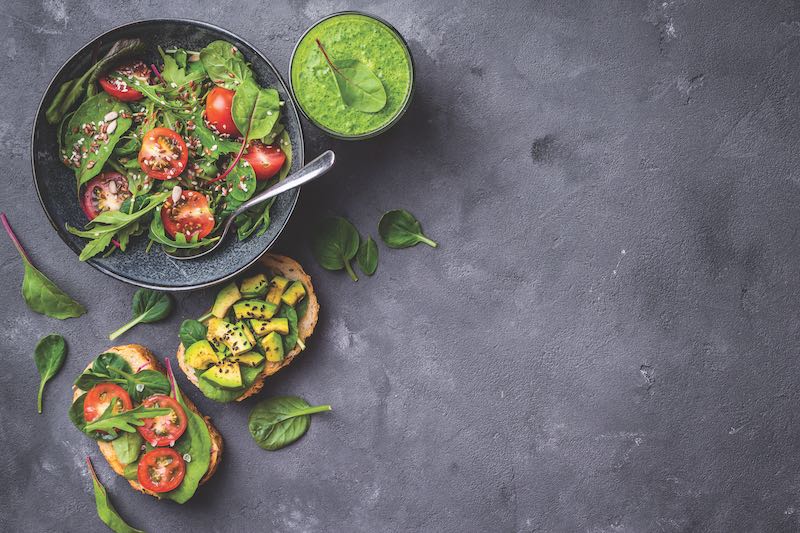 Not so long ago in France, if you asked for the vegetarian option, you’d generally be offered chicken – but now the vegan revolution is well and truly here

Ask any vegetarian about their holidays in France and, chances are, they’ll tell you how they survived mainly on chips. Yes, it’s fair to say that, historically, the French have had their own rather specific take on the vegetarian diet – namely one that involved something along the lines of either poulet or poisson.

It’s hard to believe how much things have changed. Over the past few years, it’s not only the vegetarian food scene that has exploded here – with two to three per cent of the population now estimated to be veggie and up to a third flexitarian – but veganism is on the rise too. Though it’s hard to pin down exact figures as it’s such a fast-growing phenomenon in France, it is thought that at least 0.5 per cent of the population is now vegan. What’s more, the sale of vegetarian and vegan products increased last year by around 24 per cent.

“Veganism has seen a drastic rise in France from literally undetectable to at least 100,000 people, according to the latest reliable survey, and that was back in 2015,” says Constantin Imbs, president of the Fédération Végane. “Also, while that number may sound small, there are many more vegetarians and pescatarians, some of whom undoubtedly consume vegan products more regularly than conventional eaters.”

Like everywhere else, there are all sorts of reasons why the vegan food movement has suddenly taken off in France. As well as the growth of social media, which has helped to shine a light on animal welfare issues, there are the many well-documented advantages for the environment. And that’s not to mention the benefits to our health.

“The impact of meat production – both ethically, environmentally and in terms of public health – is a growing topic in the media, in political debates and in industry,” says Barbara Boyer, spokesperson for French animal welfare organisation L214. “Adapting little by little, suppliers have started to offer vegetarian and vegan products, thereby facilitating access to plant-based food, and now the market is booming.”

Certainly in Paris, the transformation has been quite remarkable. As well as old favourites such as popular mini-market Un Monde Vegan, the country’s first shop of its kind when it opened in 2012, there has been a profusion of new vegan businesses popping up.

From pastry specialists VG Pâtisserie, which produces delicious creations that rival any in town, to all-round concept store Aujourd’hui Demain, complete with café, clothing and groceries, there’s no shortage of vegan shopping options.

Then there’s the vast range of places to dine out. From the gourmet vegan burgers of Hank to the flavourful fusion food of Soya Cantine Bio to the acclaimed cuisine of Le Potager de Charlotte, there really is something for all tastes. In fact, such is the fervour for this new food movement in the French capital, there’s even a dedicated district now. Straddling the 9th and 10th arrondissements, around the streets of Paradis and Faubourg-Poissonnière, the area has so many vegan, vegetarian and veggie-friendly restaurants that it has been dubbed ‘Veggietown’.

“A city known for its creamy, dairy-rich dishes, cheeses, meats and seafood, Paris has come a long way in terms of veganism,” says Ken Spector, of HappyCow, the international website and app that helps people to find vegan and vegetarian food worldwide. “I remember going in 2001, and there were no vegan restaurants in the city. Now, there are 67 listed on HappyCow in Paris, and I recently included it on our list of top vegan-friendly cities in the world.”

That said, while Paris has certainly come on in leaps and bounds, it’s worth remembering that the majority of mainstream restaurants still don’t off er a vegan option on their menus – unlike, say, London or Berlin. Also, even if chefs are familiar with veganism, adapting existing dishes isn’t really in the French DNA. So, if you’re planning a trip, it’s worth doing some homework beforehand.

Furthermore, if you’re going anywhere outside the capital, you’ll defi nitely need to do some advance research. Though most French cities are now waking up to demand – with Nice, Lyon, Toulouse and Marseille particularly strong in their vegan food offering – many smaller places have yet to adapt. And if you’re heading into the countryside, then it’s probably worth packing your own provisions.

But, even then, it only seems to be a ma er of time. Down in the medieval town of Saint-Antonin-NobleVal, for example, in the countryside to the north of Toulouse, you’ll find the vegan-focused holiday destination Le Cheval Blanc. While they might be unusual in the region, they are also in hot demand.

“We started out as just a B&B, but have since expanded our vegan offering to include short breaks, gourmet weekends, cookery workshops, outside catering and cycling holidays,” says co-proprietor Natalie Lynch. “We’ve also put a big effort into veganising the town with a surprising amount of success.

“In fact, local restaurants have been very willing to rustle up vegan dishes for our customers. They often need help with menu planning and the sourcing of specialist ingredients, but the more creative chefs enjoy the challenge. In a sense, it’s all very easy because of the amazing quality of the fresh produce here.”

There is even a nationwide scheme now, VegOresto, to help restaurants in their transition towards offering plant-based options. During a challenge evening, owners are encouraged to provide a meal that is 100 per cent vegan – and, to date, 1,300 establishments have taken part. Then there’s the campaign by Greenpeace France, cantineverte.fr, to get more plant-based food into school canteens.

While France may still have some way to go in terms of veganism, the revolution has certainly begun. And, looking on the bright side, at least we can now order a meal safe in the knowledge that it won’t contain chicken or fish. Well, for the most part anyway…