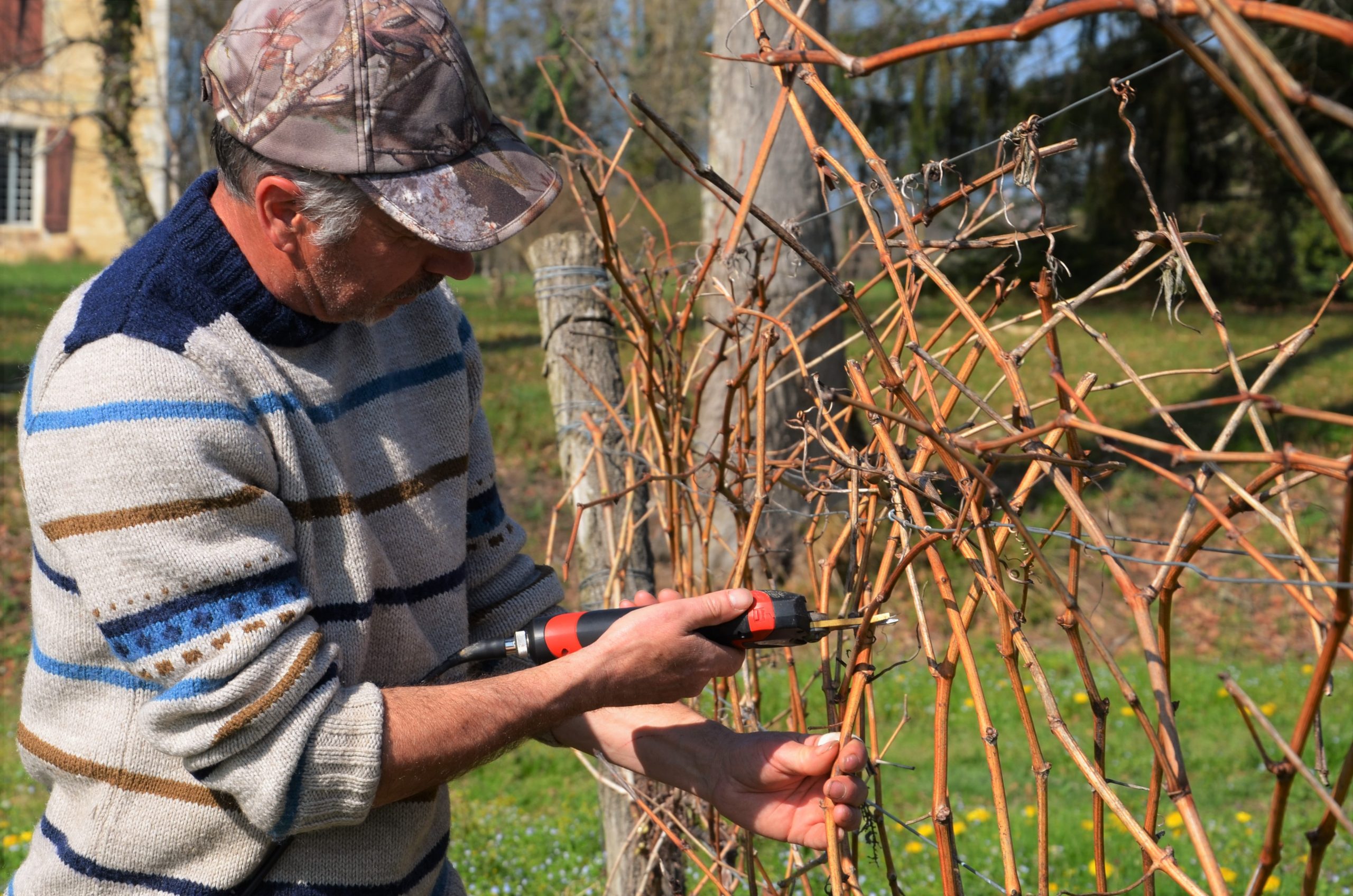 Jérôme Castledine, of acclaimed craft Armagnac distillery Baron de Sigognac in the Gers, describes a busy start to the new year on the estate

And so to a new year, one which we all fervently hope will bring fresh promise, stability, structure and new growth.

These are much the same desires and aspirations that we experience every year in Armagnac and which, I would wager, have not much changed in over 700 years of magnificent history.

With the distillation successfully completed for another year and the vines at Château de Bordeneuve sleeping peacefully during their well-earned winter dormancy, you would think that the vigneron himself also benefits from a few weeks of tranquil, fireside afternoons, amber-filled snifter in hand.

Alas, this is simply not the case, for much preparatory work needs to be accomplished before the onset of spring if the coming year is to be profitable and the vines healthy and productive.

The month of January announces the debut of arduous, back-breaking manual labour amongst the somnolent vines, as the previous year’s growth, now free of sap which has descended towards the roots, must be pruned hard. This rigorous pruning is the crucial first step in provoking vegetal regeneration and conditioning the vines for abundant fructification and, thus far, no machinery exists which could possibly replace the keen eye and steady snipping hand of the experienced grape farmer.

Selection of young shoots, situated high up on the vine, is the initial, key process, as lower shoots off the trunk will produce substantially less fruit (if at all), and nourish a plethora of sap-draining leaves. Once the lower vine has been pruned, a second selection between the remaining young shoots must also be made, keeping only one or two of them, the aim of this being to concentrate fruit-budding and bunch-forming on the branches in the quest for maximum quality yields and flavour intensity.

The estate at Domaine de Bordeneuve represents some 50 hectares in total, so you can well imagine the veritable hive of activity which exists down amongst the vine plots throughout this first month of the year!

Once the pruning has been completed, hopefully still during the month of January, depending on the Atlantic-influenced meteorological conditions, then focus is quickly transferred to tying the vine shoots with agricultural binding wire and untreated vine string. The young shoots are rolled around the horizontal trellising support structures in order to keep the future vegetation firmly in place. This task must also be undertaken well before spring is sprung, whilst shoots are still supple, to avoid damaging the buds that will soon develop.

The cycle of Armagnac production, from shoot to still, is a  full 12 months and, if undertaken in the true artisan fashion that we adhere to at Domaine de Bordeneuve, then many of the tasks are arduous yet, nonetheless, indispensable, demanding high levels of skill and knowledge that simply cannot be learned overnight.

To simply get our entry-level Bas Armagnac, Baron de Sigognac VS Signature, to bottle, involves a year of pruning, nurturing, harvesting, fermentation and distillation, followed by a minimum of three years ageing in French oak casks in our medieval cellars at Château de Bordeneuve; a four year process for which even the bottling is carried out by hand. A true labour of love for the traditional craft of artisan Armagnac production!

These January tasks, however, are always welcomed, representing as they do, the beginning of an age-old cycle which will breathe new life into our vines and, hopefully, bring fresh promise for the year to follow.

The Armagnac farmer is, in general, a happy and positive person, knowing that, at the end of a day’s pruning in January, the comfy fireside chair and generously filled snifter eagerly await them, ready to imbue a sense of peace, well-being and promise for the next 12 months.