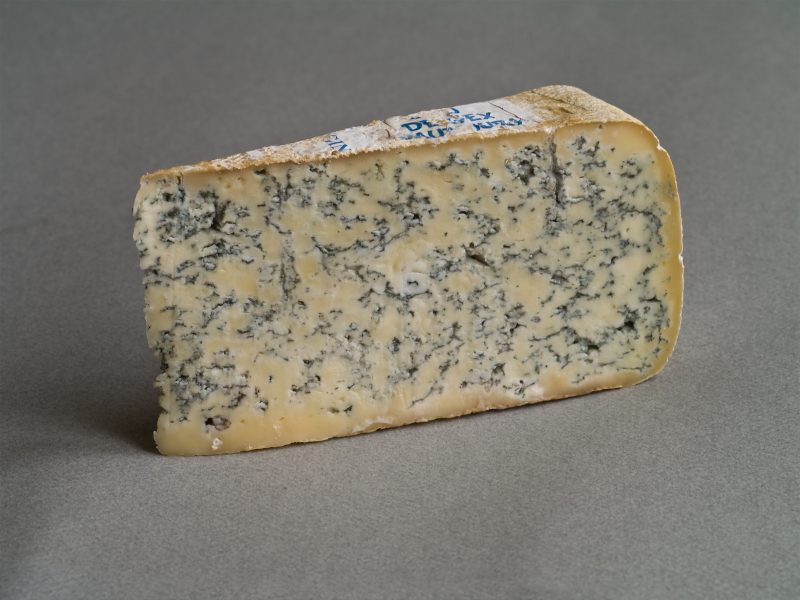 The pastoral mountains and verdant valleys of the Jura département have bestowed upon France some of her best-loved cheeses.

Cheese aficionados the world over are more than familiar with the regal and sophisticated Comté, rich and creamy Morbier, and the seductive, earthy ooze of the Vacherin du Haut Doubs.

A lesser known – but no less distinguished – citizen of the region is the Bleu de Gex, also known as Bleu de Septmoncel or Bleu de Haut-Jura.

Granted AOC status in 1986, it has a history dating back to the acquisition of the Dauphiné region in the 14th century by the future Charles V, and is still produced using traditional methods to this day. It is made with raw milk from cows that graze in a designated area within the Jura mountains. Production remains limited even to this day, which, no doubt, accounts for its lack of a strong presence in the marketplace.

Considerably larger than most blues, it is also recognisable thanks to its deep yellow inner paste and high proportion of blue mould. It is firm and dense in texture in the same way as a Stilton is, but tastes much spicier and less sweet. A great after dinner cheese paired with seasonal fruit and a dessert wine, it will also shine crumbled atop a salad or a grilled entrecôte de boeuf.