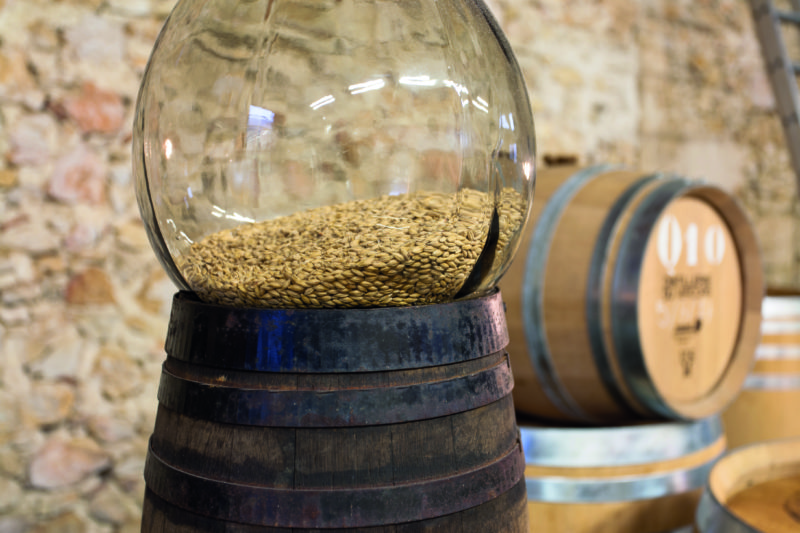 Squatting at the foot of one of their two pot stills, a long, tapered glass in hand, Éric Cordelle and his wife Anne-Hélène show me how they make the “cuts” and collect the “heart” of the malt they have just distilled.

“It contains 60 to 70 per cent alcohol,” says Éric. “Then, we will put it to age in French or American oak barrels and it will become whisky.” In 2015, this entrepreneurial couple from Brittany bought an 18th-century silk farm and started the Distillerie du Vercors, just outside the village of Saint-Jean-en-Royans, in the Vercors Massif. And nearly four years on, they’ve already made their mark on the industry.

Their Sequoia Pur Malt Tourbé was awarded a gold medal at the 2018 Women’s Wine & Spirits Awards in London, while their Sequoia 1ère Impression received the silver medal from the Spirits Selection at the Concours Mondial de Bruxelles, no less. Éric, an engineer with a passion for distilling and Anne-Hélène, a former lawyer, are one of the many success stories to emerge from France’s big whisky boom.

In recent years, whisky distilleries have been cropping up all over the country and today there are no fewer than 50 in operation, compared with only five in 2004 – with the biggest players located in Brittany, Lorraine and Alsace. In 2016 alone, 800,000 bottles were sold worldwide, including 600,000 single malts; and the French Whisky Federation expects a production of two million bottles in 2020. Given these figures, it should come as no surprise that the French are now the biggest consumers of whisky in the world.

But in an increasingly competitive whisky industry, the Distillerie du Vercors has an ace up its sleeve: it’s completely organic. Its other USP is its double distillation process where the first round of distillation is done at a low temperature. “I wanted to do something different and I think it’s a pretty unique process in the world,” says Éric. “The idea came to me from cooking. Distilling is essentially cooking and distilling at low temperature produces round, fruity and floral aromas. In a normal still, they would be modified by the heat.”

For the moment, the production of the Distillerie du Vercors, which is now open to visitors, is negligible compared to that of a large distillery, at just 100 barrels a year. But Éric and Anne-Hélène hope to quickly develop sales in France and abroad, including the United Kingdom.

“In France, we have great water, a centuries-old tradition in the distillery business and we are the world leader in coopérage,” says Éric. “But our advantage is that we don’t have the burden of [whisky-making] history. We have the opportunity to bring about innovations in taste because we are just starting out.” www.distillerie-vercors.com