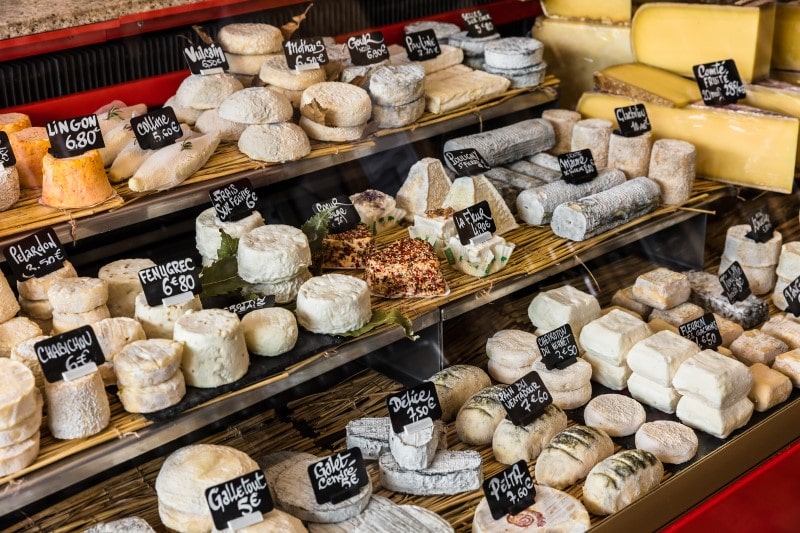 Le Secret de Compostelle is a relative newcomer on the French Cheese scene. As is the case with most modern day brebis Pyrennes types,  Le Secret is based more or less on the Ossau-Iraty recipe, a world-class AOC cheese and the defining cheese of the French Basque region. This style of cheesemaking dates back nearly two thousand years.

As is the case with many of the modern interpretations, Le Secret tends to carry a bit mor sweetness than it ancient predecessor. The texture is dense  and mouth filling, the richness of the sheep’s milk slowly unfolding on the tongue with a delightful creaminess,  and just enough sharpness to contrast those caramel flavor notes.

And as for the catchy name?  “Le Secret” is that, occasionally, milk from the Spanish side of the Basque region (hence the “Compostelle” part) is used when supplies on the French side run low. As it turns out, however, this is a rare occurrence and more folklore than fact.

A perfect anytime cheese, it will shine as a breakfast cheese with good bread and the prized Itxassou cherry jam of the region, as well as  later in the day paired with Jambon Bayonne and olives. Crisp whites and  fruity, lighter bodied reds are perfect partners.